AIP-18 Persist all information from DAG file in DB

As a follow up on AIP-19 (making the webserver stateless) I suggest to store the DAG structure and metadata in the database. Where AIP-19 targets the webserver to read only from the DB, this AIP targets Airflow core reading the dag.py and storing all information in the DB. Currently, this is done only partially, and the webserver processes need to read the dag.py in order to fetch missing information which is very costly. This AIP should:

What problem does this solve?

Currently dag.py files are parsed by multiple processes (webserver, scheduler & workers). This is:

I suggest to make a "DagParser" that processes dag.py files only when necessary and storing the retrieved metadata in the database. Other processes should read only from the database.

Why is this change needed?

In the current architecture the dag.py parsing is entangled in multiple processes and is executed too often, leading to out of sync state and performance issues. See

I see Airflow being used in two ways:

With only static DAGs, we could parse dag.py at the creation time and from then on only read the metadata from the database. However, with dynamic DAGs this is not possible since the dag.py code itself does not change, thus we can only detect changes by evaluating the dag.py file.

So, I suggest the following (simplified) architecture: 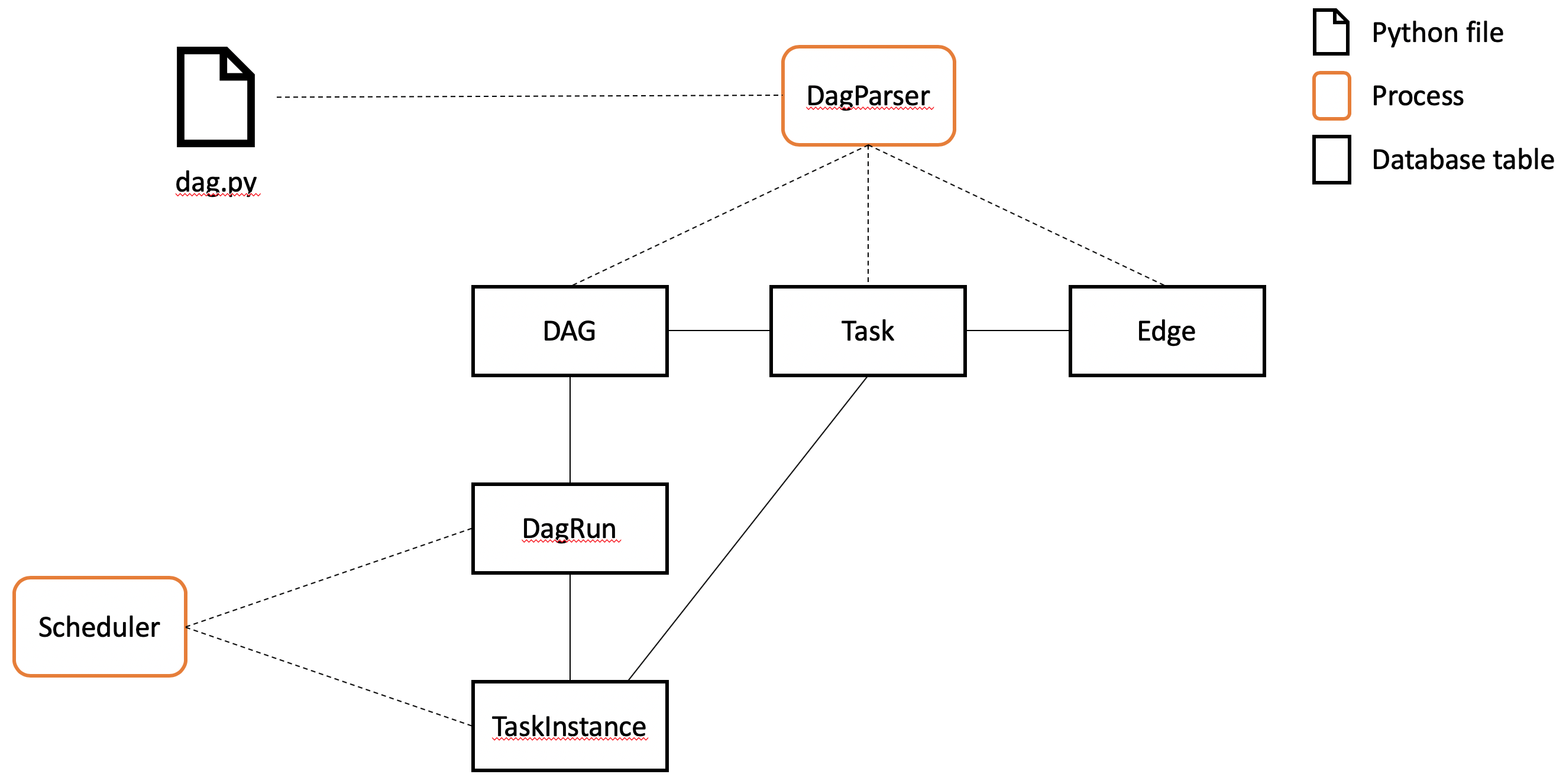 Other things not included in this picture: