Airflow scheduler uses DAG definitions to monitor the state of tasks in the metadata database, and triggers the task instances whose dependencies have been met. It is based on state of dependencies scheduling.

However, the current design has the following caveats:

In order to address the issues, we propose to add signal based scheduling to the scheduler.

The idea of signal based scheduling is to let the operators send signals to the scheduler to trigger a scheduling action, such as starting jobs, stopping jobs and restarting jobs. With this change, a streaming job can send signals to the scheduler to indicate the state change of the dependencies. This way, the workflow could support a mix of streaming and batch jobs.

Also, compared with the current state change retrieval mechanism, signal based scheduling allows the scheduler to know the change of the dependency state immediately without periodically querying the metadata database.

In addition to that, signal based scheduling allows potential support for richer scheduling semantics such as periodic execution and manual trigger at per operator granularity. 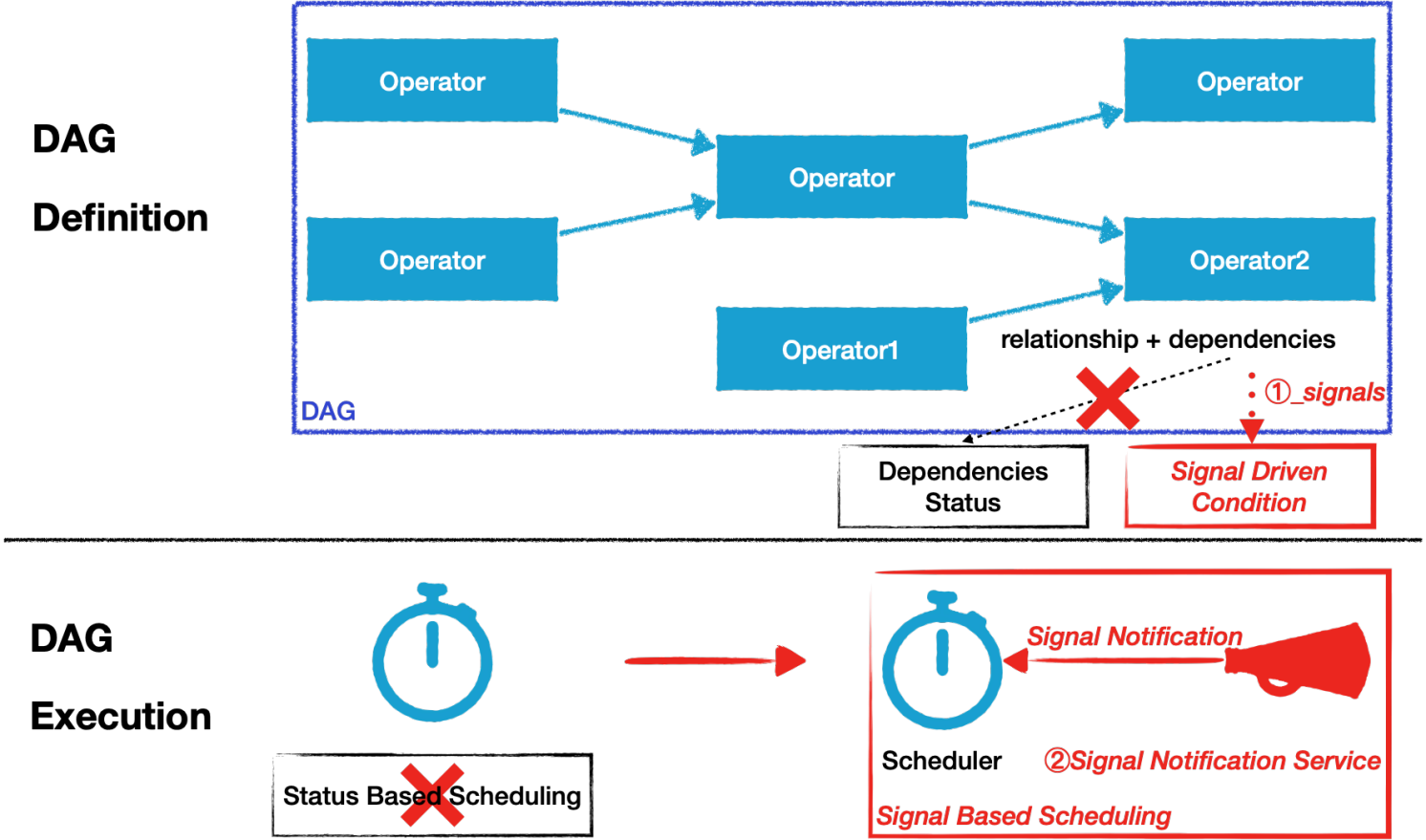 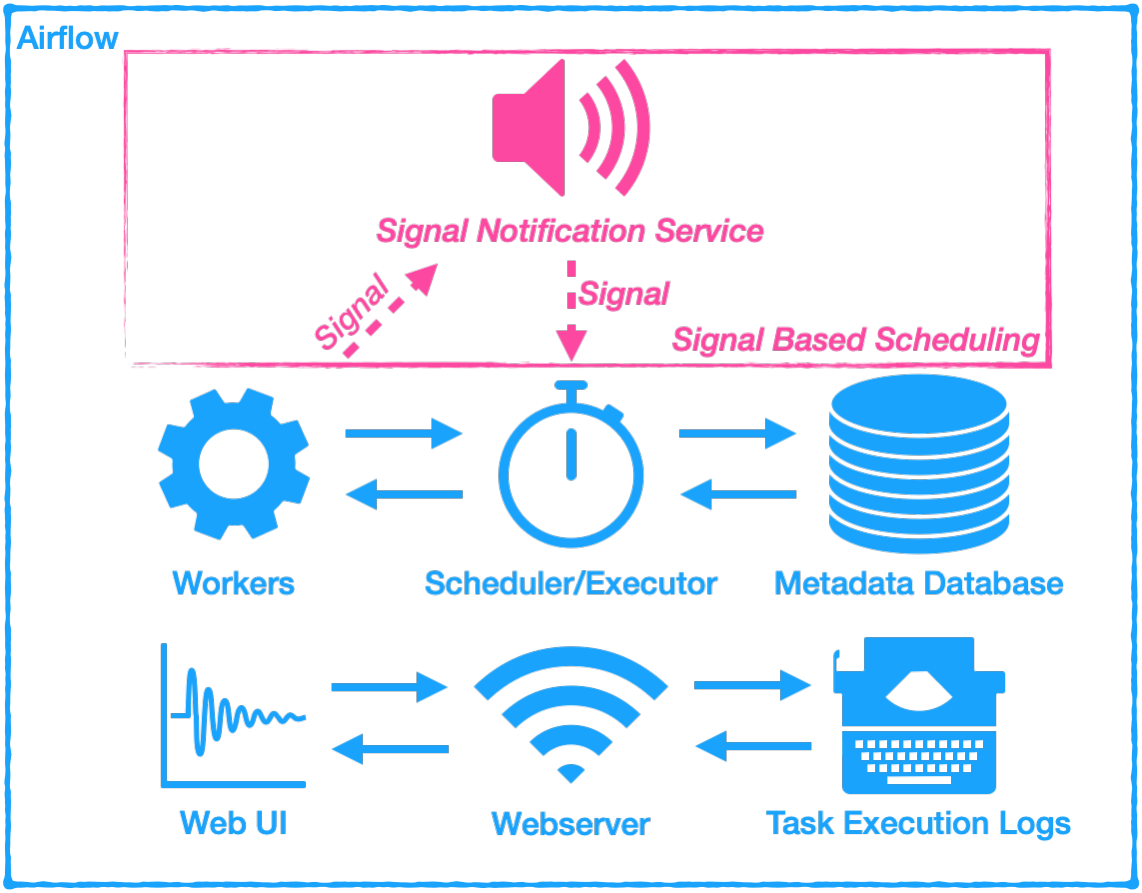 We discuss these two parts respectively in the following sections.

Signal defines conditions that must be met for the action of the task instance. Scheduler switches to use signals and the corresponding condition definition to decide whether to run a task instance or not. Definitions of signal condition are sufficient and necessary.

Once the conditions are met, there are three types of signal actions: START, RESTART and STOP. 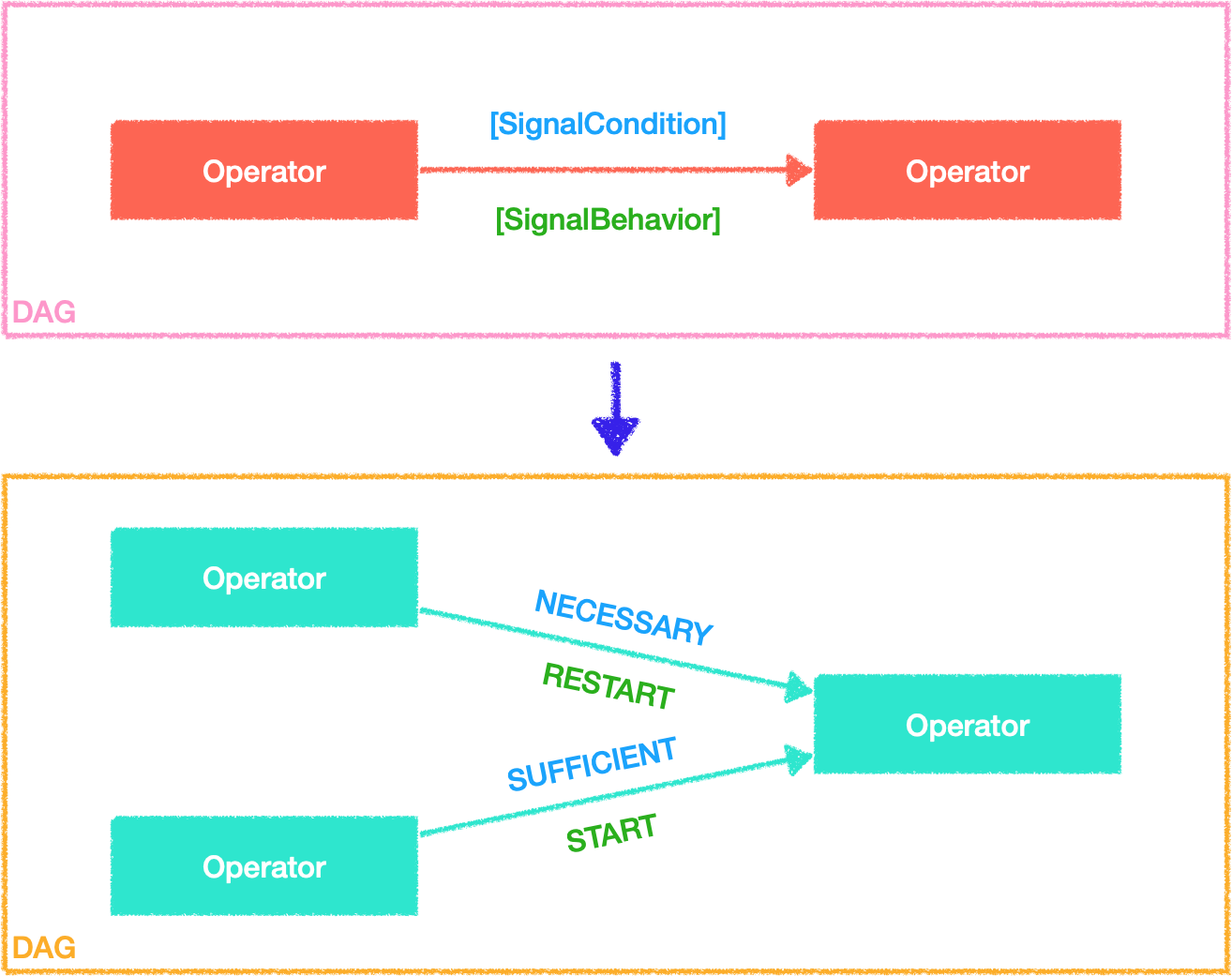 SignalOperator introduces a new attribute _signals to hold user-defined signals. The SignalOperator maintains the epoch of signals of current and the last task instance running from operators individually. Taking compatibility into consideration, BaseOperator, the current implementation of operator that contains recursive methods for dag crawling behavior, should inherit from SignalOperator. Thus BaseOperator may contain the following attributes and properties: 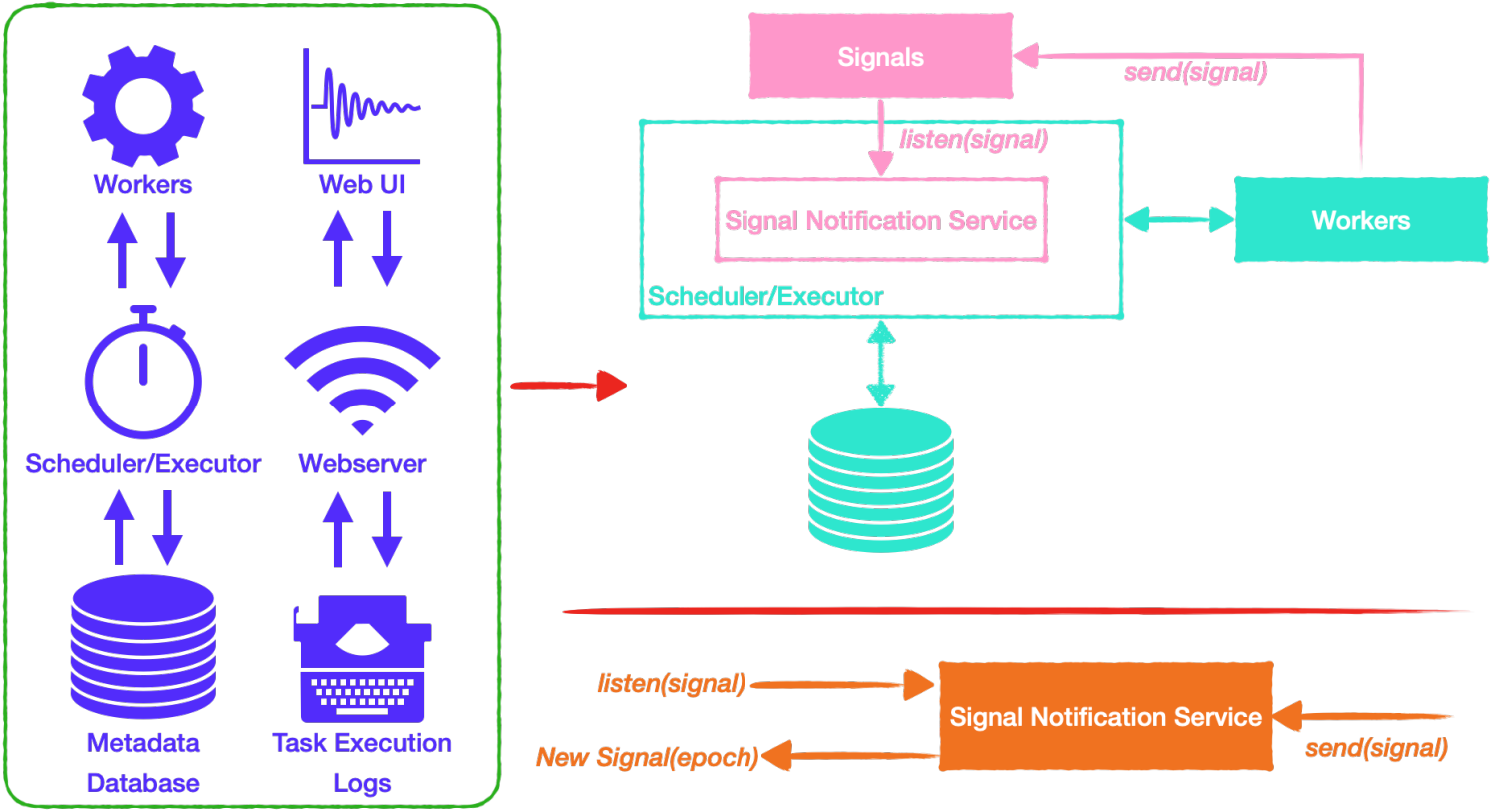 Introduced by notification service module, basic operations of signal based scheduling for SchedulerJob in pseudocode:

While the scheduling loop is running:

Step 1. The scheduling loop uses the DAG definitions to identify and/or initialize

any DagRuns in the metadata db.

Step 2. The scheduling loop listens to the signal notifications from the active

DagRuns. Upon receiving a signal notification,  the scheduler loop checks

action. More specifically, it identifies TaskInstances that need to be executed

and adds them to a worker queue.

Step 3. Each available worker pulls a TaskInstance from the queue and executes it,

changes from “queued” to “running”. The scheduling loop will then update

the task state in the database when receiving this signal..

Step 4. Once a TaskInstance has finished running, the associated worker sends a

Step 5. The scheduler updates the states of all active DagRuns ("running", "failed",

"finished") according to the states of all completed associated TaskInstance.