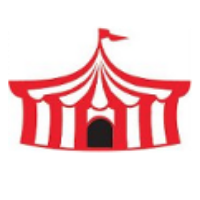 In the last a couple of years we have seen a rapid influx of new components getting added to the Apache bigdata stack. It is becoming more crucial to outline clean guidelines on how to add new components to the mix. Bigtop motto is "Debian of Big Data" as such we are trying to be as inclusive as possible. However, certain constrains exist and have to be addressed accordingly. While we are trying to provide as full list of such requirements as possible, the list provided below might not be complete.

Bigtop stack introduces the notion of a component maintainer (see MAINTAINERS.txt top level file) and thus, it is expected that a front line of support for certain areas would be provided by certain individuals. However, the long-term maintenance costs are expected to be shared among all the members of our community. Hence it is important for us to make sure that all members are comfortable with all the projects that are getting added at least at a very basic level.

This is a list of requirement that we don't want to deviate from unless there is a really major shift in Bigtop's charter. Projects that violate at
least one of the following would have to go through community review and PMC approval on a case-by-case basis:

Violating any of these expectations will require an explicit explanation attached to the proposal. They are flexible, but it doesn't mean that they can be disregarded willy-nily.