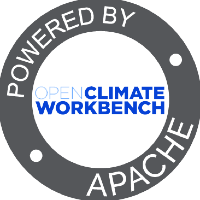 conda is an easy to use and maintain software package management system. It provides a simple and painless method for installing OCW and its dependencies across a variety of platforms.

In addition to the standard scientific python packages bundled with most anaconda installations, the following packages will be installed:

Before invoking conda to install the dependencies, it's always a good idea to ensure that your version of conda is up to date. You can do this with:

Then to install OCW and its dependencies into your conda environment (by default in ~/anaconda or ~/miniconda), you may use:

To give yourself some peace of mind that such a simple installation method actually works, it is recommended that you test you installation. The main OCW codebase has some simple examples which may be obtained using:

If you do not wish to directly use git, you may download and extract a copy of the code directly from our GitHub page. Once you've obtained the code, head on over to the examples and run one of them.

After the evaluation runs you should find a .png file in the examples directory. Congratulations, your install was successful!

Keeping OCW up to date is even more simple than the installation itself. Use:

What if you wish to use a particular release of OCW, say version 1.1.0? Just specify the version in the install command as follows:

It should be noted that the above instructions will install OCW and its dependencies into your default conda environment. For those users who wish to perform development and testing in a clean and isolated environment, they should instead perform their installations using:

This will create a new virtual environment named "ocw" with only OCW and its dependencies installed. To activate this environment, use:

To deactivate the environment, use:

See this page for further documentation on virtual conda environments.

The following section contains some useful information for those in the OCW developer community who are interested in maintaining the conda packages.

Although not required, we recommend reading the conda build documentation first.

We use conda-forge to host the ocw package. To get started, you should fork our feedstock repo. The only file you will need to concern yourself with is recipe/meta.yaml.

There are only a few entries in this file that should be updated. These are as follows:

This should be in the form X.Y.Z which corresponds to the latest release. Note that the ocw source distribution for the given version must first be uploaded to PyPI before making this change, or else conda will fail to build the package. This is main field that you need to change when creating a new release.

Where X.Y.Z should be replaced by the version number of the release.

We use sha256 to populate the hash field. This too must be changed with every new release. To do this, you'll need to make sure OpenSSL is installed on your machine:

Then to generate the checksum, you may use:

Where X.Y.Z should be replaced by the version number of the release. Then you may use the resulting checksum to set the hash in the recipe file. For example:

This section lists all of the dependencies needed for ocw at build time (not really important since we don't use any extensions) and runtime (much more important). As with the skip field in the build section, certain dependencies can and should be excluded if they are not supported on certain platforms. For example, if a package named "foo" is not compatible with Windows, it may be excluded using:

This section contains a list of GitHub usernames which have commit rights to the ocw-feedstock repo. If you are a regular contributor to the project and want to help maintain the recipe file, you should add your own GitHub username to this list.

Guidelines for updating the recipe

So far in our discussion of packaging we have only needed to be concerned with the meta.yaml recipe file. However it is also important to understand that conda-forge, in its efforts to support as many platforms as possible, uses CI services (remote virtual machines) to actually build the packages from the recipe. These are Circle (GNU/Linux), AppVeyor (Windows) and Travis (OSX), which in the feedstock repo are configured respectively in circle.yml, appveyor.yml, and .travis.yml.

Generally speaking, the conda-forge webservices should automatically update these files as needed. This is typically done with periodic "maintenance" pull requests in the feedstock repo made by the conda-forge-admin account (which maintainers of this project are then responsible for merging). We refer to this process as re-rendering the feedstock, as the actual CI configuration files are generated from the jinja2 templates found here.

While the process of re-rendering should happen automatically most of the time (as described above), there are a few situations where it will be necessary for you to do it manually. These can include but are not limited to the following:

In order to rerender the feedstock, you will need to use conda-smithy. Please follow the instructions in the link and make sure your version of conda-build is up to date as well. We also recommend using the --commit option with conda-smithy as this will automatically commit the re-rendered files to the feedstock repo with the conda-smithy version in the commit message. Afterwards you may push the changes to your fork and make a pull request (or to your release branch if you are doing the re-rendering on top of a new release).