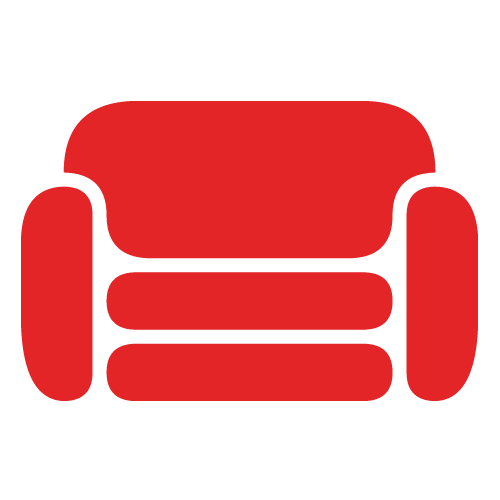 You need to be added as a contributor to edit the wiki. But don't worry! Just email any Mailing List or grab us on IRC and let us know your user name.

Any Apache CouchDB committer is free to make a source release, but they are usually made by the release team.

Step 1 of any release process is: every time you go through the release process, update this wiki page to reflect any changes you make! Do this every release, so nothing gets out of date.

You may want to grab a copy of the admin resources:

Any path in this document that references the couchdb-admin directory should be modified to point to this Git clone. Some of these scripts take actions on your behalf, such accessing people.apache.org or checking files into Subversion.  Because of this, you must to read and understand the source code for every script that you use. It would be prudent to examine the recent Git history before you start the release.

You are responsible for the actions these scripts take. Many have not yet been updated for the 2.x series of releases. At the moment, the release team is not using the admin repo scripts at all.

Getting CouchDB Ready to Release

Before starting the release process for CouchDB, the following sanity checks should be made:

Meanwhile, make the following updates to the documentation:

Generate a release proposal from the discussion release template. Edit as appropriate. Send it to the dev@couchdb.apache.org mailing list.

You will need a GPG key pair to sign the release. If you do not have one already, see the Useful Resources section for more help from Apache resources. It is generally better if your key is also signed by other people, especially by members of the CouchDB PMC.

Your public key must be added to:  http://www.apache.org/dist/couchdb/KEYS

You should also upload your key to a public key server for good measure.

Make sure your key is registered to gpg:

You may need to set the GPG_TTY first:

If your signing key is not the default, add the --default-key=<hash> option to the gpg signing command(s) below. You can change the default in your gpg.conf file with the default-key directive.

If the proposal meets no objection, you can continue:

This wiki has separate instructions on testing a release candidate.

Assume that you cannot trust:

An attacker may have compromised either. Accordingly, you should subject the release candidate to a number of your own tests.

This part of the process is left to your discretion.

Once you are satisfied with the release candidate, you must sign it, publish it, and call the vote.

Publishing the candidate is not the same as voting on it. You should now follow the test procedure and vote on the candidate yourself.

Note: As of 3.1.0, we're not doing Apache binary packages for macOS or Windows. Neighbourhoodie have taken over this work.

Go to https://dist.apache.org/repos/dist/dev/couchdb/binary/ and check that your changes are visible. If you are not a committer, please submit your binaries to the list and request a review. If a committer feels comfortable with your submission, they will move your binaries into Subversion. It is the committer's individual responsibility to review your submission and determine that your binaries are suitable for distribution. Once the binaries are available in Subversion, the committer who checked them in should post a note to the list. The community should be invited to download and test the binaries before distribution.

If you have shell access to couchdb-vm2.apache.org, you can capture the latest auto-built Debian/Ubuntu/RHEL/CentOS package repositories from Jenkins and move it aside to a x.x.x-RC# directory for testing. The repos all live under the /var/www/html path.

Binaries are never voted on. They are provided by individuals for the convenience of the community.

Wrapping Up the Vote

You need to wait a minimum of 72 hours. A successful vote needs a majority approval and at least three +1 binding votes. A binding vote is a vote cast by a member of the PMC. Releases may not be vetoed, but any -1 votes should be taken seriously. The release manager has the power to abort a vote at any point and for any reason. Please try to make it a good one though! If the vote fails, go back to the Preparing the Candidate section, and increment the candidate number.

Tag the candidate with the x.x.x version number:

The release tarball can now be renamed:

Push the files to the Apache distribution Subversion tree:

While you're at it, clean up the dist/release/couchdb directory:

The process is simple. Run these commands, once for each version and platform combination:

Do not worry about deleting these files. They will live on in the archives.

Note: As of 3.1.0, we're not doing Apache binary packages for macOS or Windows. Neighbourhoodie have taken over this work.

The macOS and Windows binaries should be uploaded to the official  https://dist.apache.org/repos/dist/release/couchdb/binary tree, using instructions similar to the above.

However, because it provides better visibility into our downloads (and is linked directly from our website), these should also be uploaded to Bintray. You will need a Bintray account to do this, and have access to https://bintray.com/apache/couchdb/ granted via INFRA before you can upload.

Choose a date for the release. Tuesdays mornings PST are better, because they get more press coverage. Your date should take into consideration the 24 hour delay while you wait for the mirrors to update themselves after you have uploaded the release files.

Use the contents of couchdb-admin/email/schedule_release.txt file to schedule the release, and send the email to the dev@couchdb.apache.org mailing list.

While waiting for the actual announcement to occur, the following preparations can take place:

You must now wait until all the release files have been synced to the public mirrors. The mirrors can take up to 24 hours to update, so it's usually best to wait a day. You should be sure that both the source download and the binary downloads are all working.

Submit the URL of the blog post you just published.

Submit the URL of the blog post you just published.

Submit a new item for each of the following subreddits:

Post a link to the CouchDB page. Try to provide a useful summary of the release.

Open the couchdb-admin/email/request_promotion.txt template and edit as necessary. Then, send to the following lists: