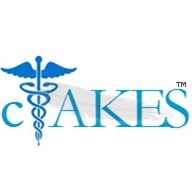 Contents of this Page

cTAKES consists of a number of components. Each one has unique qualities and capabilities. Each component includes at least one analysis engine (annotator), some include more. You will want to assess each component's usefulness to you. UIMA provides the tooling for selecting which annotators are used together and the order in which annotators are run. Each section in this Guide covers one component.

cTAKES provides two variants of the original cTAKES pipeline which discovers Named Entities and assigns attributes to them:

Both variants use the same set of components except that the Document Preprocessor is not used for plain text.

cTAKES was not originally designed to be thread safe.

If you would like to experiment with making it thread safe, see class ThreadSafeLvg in ctakes-lvg.

This diagram shows which components rely on the output of another component. Following the diagram is a textual description. 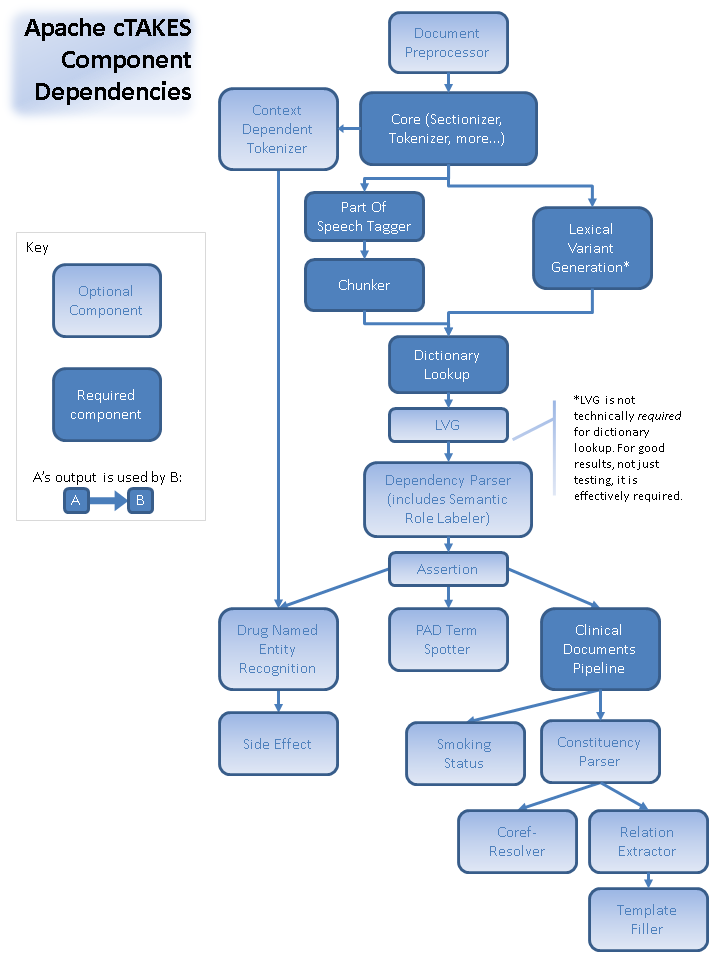