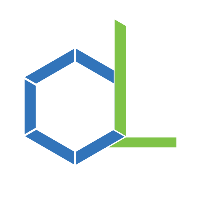 This page documents the best way to make various types of contribution to Apache DistributedLog, including what is required before submitting a code change.

There may be bugs or possible improvements to this page, so please help us improve it. Credit to the Spark project. We've borrow liberally from their documentation.

Contributing to DistributedLog doesn't just mean writing code. Helping new users on the mailing list, testing releases, and improving documentation are also welcome. In fact, proposing significant code change usually requires first gaining experience and credibility within the community by helping in other ways. This is also a guide to becoming an effective contributor.

That is, Mailing Lists are used for discussion and proposals, JIRA(or Github issue) and Confluence are used to describe what should be fixed or changed and high-level approaches, and Pull Requests and Review Board describe how to implement the change in code.

A mirror of the repository is hosted on GitHub.

By Helping Other Users

Helping answer user questions on the distributedlog-user@bookkeeper.apache.org mailing list is the first way to contribute to DistributedLog. There are always many new DistributedLog users; taking a few minutes to help answer a question is very valuable community service.

Contributors should subscribe to this list and follow it in order to keep up to date on what's happening in DistributedLog. Answering questions is an excellent and visible way to help the community, which also demonstrates your expertise.

DistributedLog's release process is community-oriented, and members of the community can vote on new releases on the distributedlog-dev@bookkeeper.apache.org mailing list. DistributedLog users are encouraged to subscribe to this list to receive announcements (e.g the DistributedLog 0.4.0 release vote), and test their workloads on the newer release and provide feedback on any performance or correctness issues found in the newer release.

Changes to DistributedLog source code are proposed, reviewed and committed via Pull Request (described later). Anyone can view and comment on active changes here. Reviewing others' changes is a good way to learn how the change process works and again exposure to activity in various parts of the code. You can help by reviewing the changes and asking questions or pointing out issues – as simple as typos or small issues of style.

To have us add a link to an external tutorial you wrote, simply email to distributedlog-dev@bookkeeper.apache.org.

Before proceeding to code changes, contributors should evaluate if the proposed change is likely to be relevant, new and actionable:

Before considering how to contribute code, it's useful to understand how code is reviewed, and why changes may be rejected. Simply put, changes that have many or large positives, and few negative effects or risks, are much more likely to be merged, and merged quickly. Risky and less valuable changes are very unlikely to be merged, and may be rejected outright rather than receive iterations of review.

Please review the preceding section before proposing a code change. This section documents how to do so.

When contributing code, you affirm that the contribution is your original work and that you license the work to the project under the project's open source license. Whether or not you state this explicitly, by submitting any copyrighted material via pull request, email, review board or other means you agree to license the material under the project's open source license and warrant that you have the legal authority to do so.