Shuffle is the process of data transfer between stages, which involves in writing outputs on producer side and reading inputs on consumer side. The shuffle architecture and behavior in Flink are unified for both streaming and batch jobs. It can be improved in two dimensions:

We propose a pluggable ShuffleService architecture for managing partitions on JobMaster (JM) side and extending adaptive writer/reader on TE side.

JM process creates ShuffleMaster from configured factory per cluster, and is thus responsible for its lifecycle. ShuffleMaster is a global manager for partitions which means decoupling partition’s lifecycle from task. So it could bring natural benefits for the following improvements.

In the first version, we only focus on migrating current existing process based on new ShuffleMaster architecture. So we define the most basic necessary methods below, and the above mentioned improvements might be forwarded step by step in priority by extending more features in ShuffleMaster. 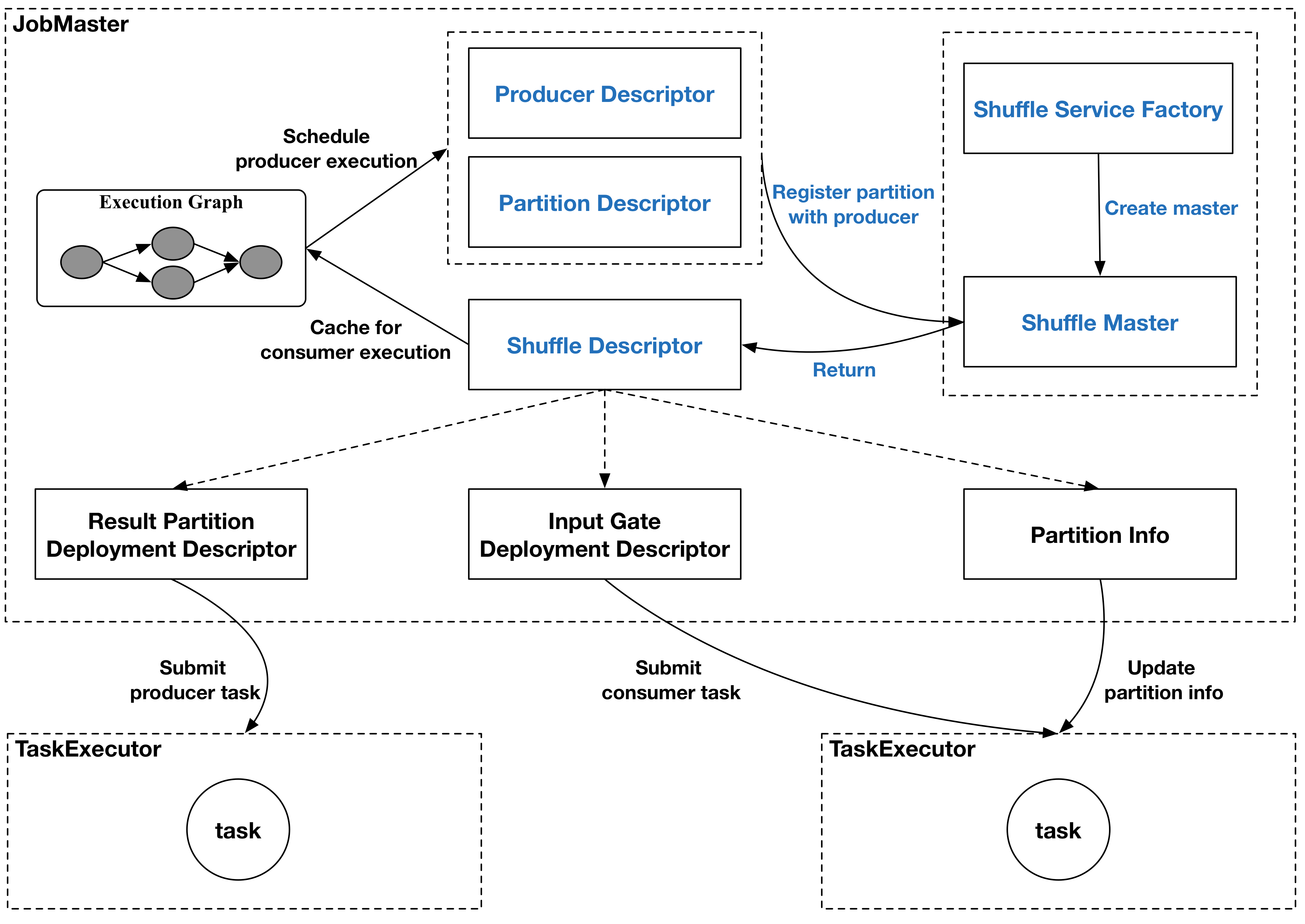 TE creates ShuffleEnvironment from configured shuffle factory per cluster, and is thus responsible for its lifecycle. Considering future ShuffleType config on job/edge level, TE could keep a registry of shuffle factories per ShuffleType.

All the mentioned related work could be done in at least two versions. The first version implements the most basic architecture so that the following versions strictly build upon it.