In umbrella task FLINK-10232 we have introduced CREATE TABLE grammar in our new module flink-sql-parser. And we proposed to use computed column to describe the time attribute of process time in the design doc FLINK SQL DDL, so user may create a table with process time attribute as follows:

The column d would be a process time attribute for table T1.

Besides that, computed  columns have several other use cases, such as these [2]:

Combined with the grammar of MS-SQL-2017[1] and MYSQL-5.6[2], we proposed computed column grammar as follows:

InitializerExpressionFactory defines the value generation strategy for computed columns. It would generate a RexNode for each VIRTUAL column which can be used in the logical plan to derive the value we want. The graph following illustrates how it works for a select statement: 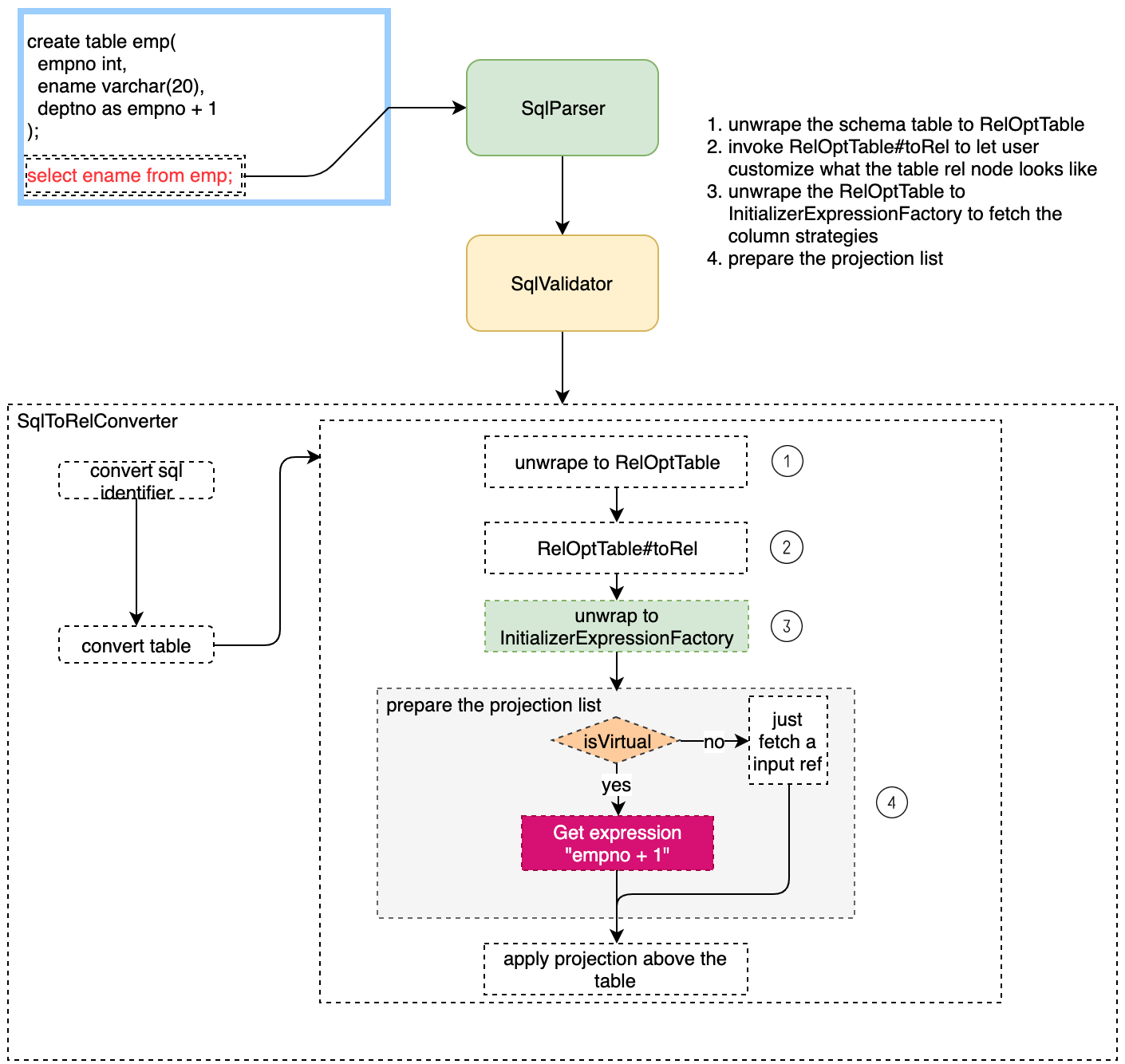 TableColumn describe a column definition of a table that includes the definition of column name, column data type and the column strategies.

TableSchema describes a table schema for internal and current connector use.

Assumes we have a table named T2 with a schema as follows:

If T2 is used as a table scan(table source), the T2 column b would be computed in a projection right above the scan. That means, we would do an equivalence conversion from the scan node to a project above the scan.

We would add the projection expressions for all the VIRTUAL computed columns, the TableSource row type should exclude these VIRTUAL columns.

If T2 is used as an insert target table(table sink), the T2 column b is totally ignored because it is virtual(not stored). 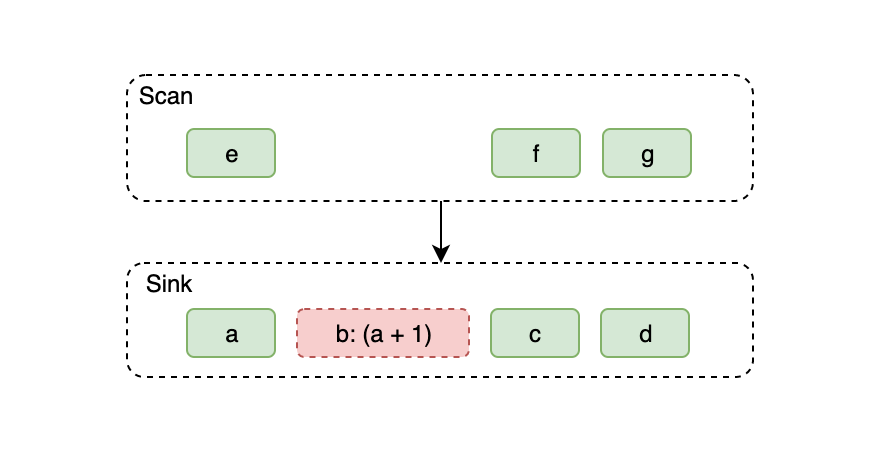 We would compute the non VIRTUAL column and insert it into the target table. the TableSink row type should exclude those VIRTUAL columns.

Note: These plan rewrite happens during the sql-to-rel conversion phrase.

For table scan, virtual column are computed from expression; stored column are queried from the real table source.

For table sink, virtual column is ignored; stored column is computed from expression when insert into sink.

We would extend the TableSchema to support computed columns.(We should always keep one TableSchema in the code, in the future, connectors would only see the row type but not the TableSchema so we should not have this concern.)

We would introduce a new structure named TableColumn to hold the column name, column data type and column strategies info. The TableSchema holds the TableColumn info instead of the original field names and field data types.

We would put the TableColumn info of the TableSchema into the CatalogTable properties which would be used to persist. For every column expression, there are three items to persist:

When deserializing, we use SqlParser to parse the expression strings into SqlNode, then converts it to RexNode and apply the projections.

This is a new feature and compatible with old version Flink. We may extend the TableSourceTable to support computed column interfaces, but this is transparent to user.