ZStandard also works well with Apache Kafka. Benchmarks with the draft version (with ZStandard 1.3.3, Java Binding 1.3.3-4) showed significant performance improvement. The following benchmark is based on Shopify's production environment (Thanks to @bobrik) 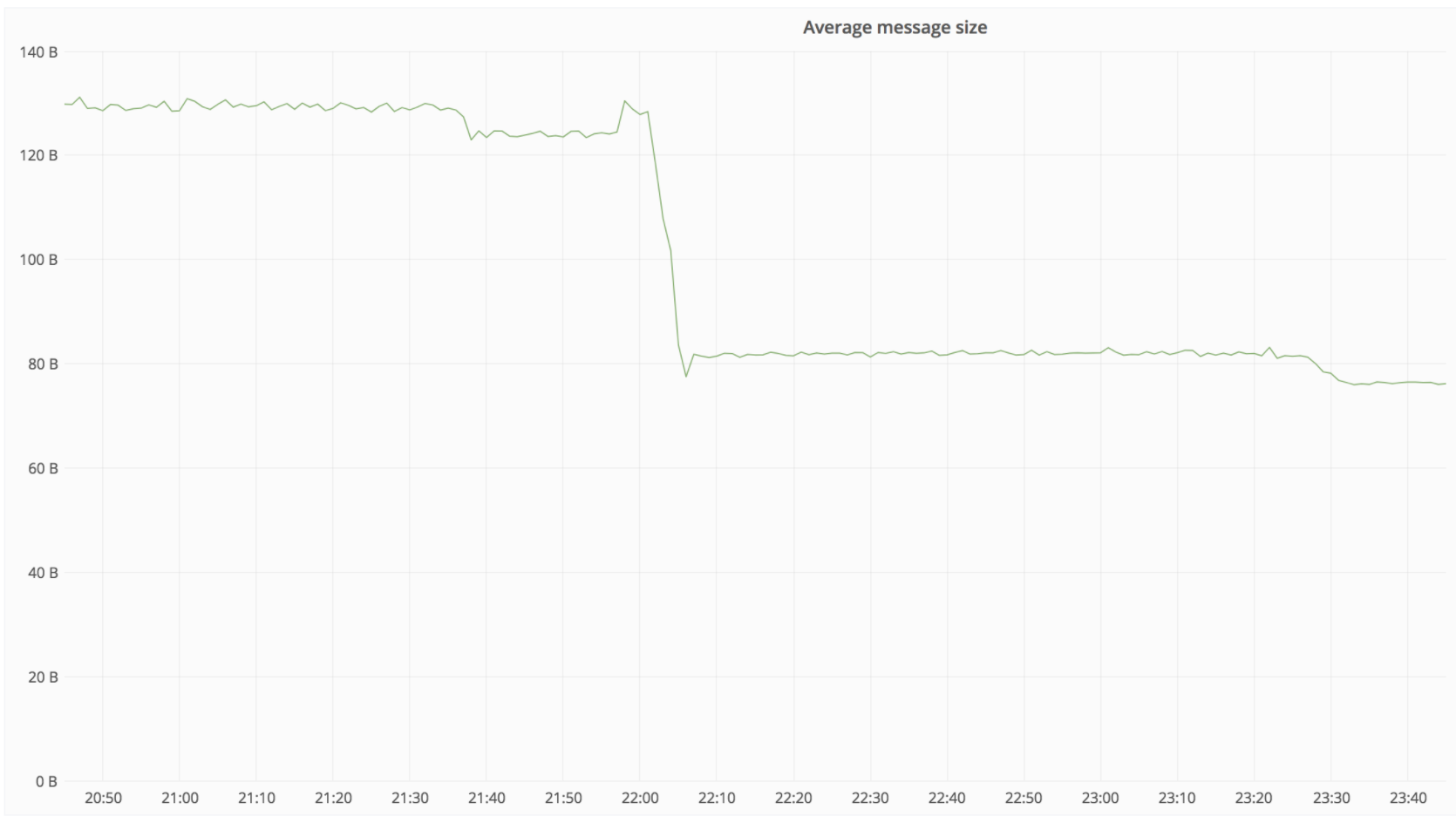 As You can see, ZStandard outperforms with a compression ratio of 4.28x; Snappy is just 2.5x and Gzip is not even close in terms of both of ratio and speed.

It is worth noting that this outcome is based on ZStandard 1.3. According to Facebook, ZStandard 1.3.4 improves throughput by 20-30%, depending on compression level and underlying I/O performance. 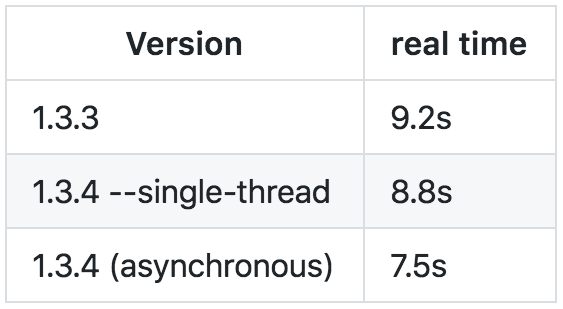 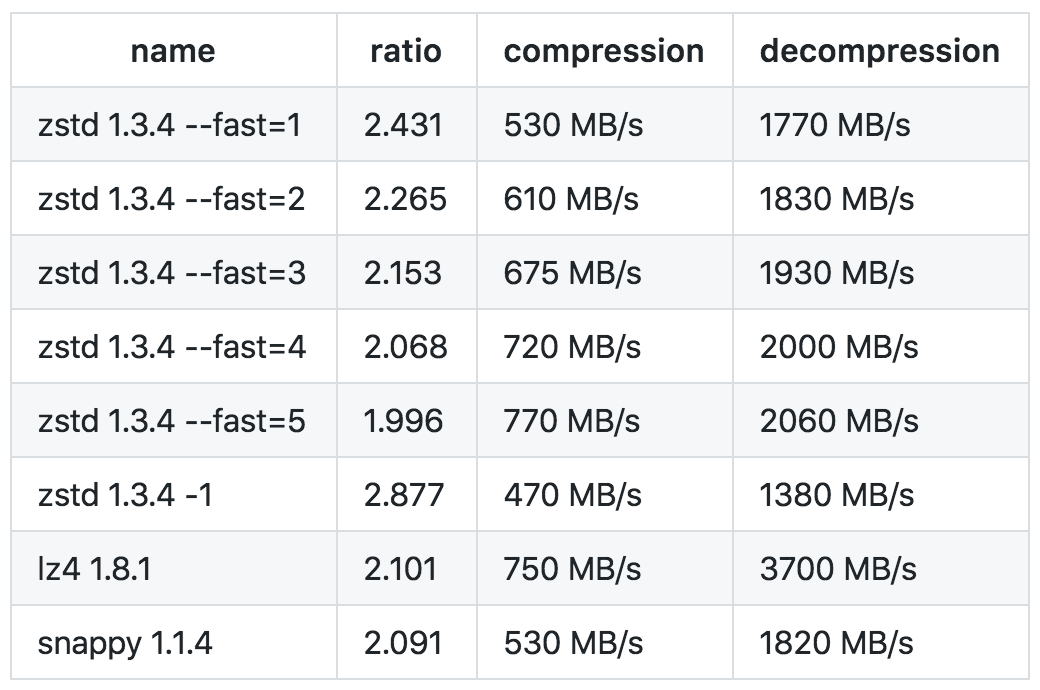 (Above: Comparison between other compression codecs, supported by Kafka.)

As of September 2018, the draft implementation uses Java binding for ZStandard 1.3.5.

This feature introduces a new available option 'zstd' to the compression.type property, which is used in configuring Producer, Topic and Broker. It's id will be 4.

You can check the concept-proof implementation of this feature on this Pull Request.

We need to establish some backward-compatibility strategy for the case an old client subscribes a topic using ZStandard, explicitly or implicitly (i.e., 'compression.type' configuration of given topic is 'producer' and the producer compressed the records with ZStandard). After discussion, we decided to support zstd to the new clients only (i.e., uses v2 format) and return UNSUPPORTED_COMPRESSION_TYPE error for the old clients.

Here is the detailed strategy:

The following section explains why we chose this strategy.

A. Support ZStandard to the old clients which can understand v0, v1 messages only.

This strategy necessarily requires the down-conversion of v2 message compressed with Zstandard into v0 or v1 messages, which means a considerable performance degradation. So we rejected this strategy.

B. Bump the API version and support only v2-available clients

With this approach, we can message the old clients that they are old and should be upgraded. However, there are still several options for the Error code.

This option gives the client so little information; the user can be confused about why the client worked correctly in the past suddenly encounters a problem. So we rejected this strategy.

This option gives inaccurate information; the user can be surprised and misunderstand that the log files are broken in some way. So we rejected this strategy.

Since adding a new error type is not a big problem and a clear error message always helps, we decided to reject this strategy.

Whether to use existing library or not

There are two ways of adapting ZStandard to Kafka, each of which has its pros and cons.

The draft implementation adopted the first approach, following its Snappy support. (In contrast, Hadoop follows the latter approach.) You can see the used JNI binding library at here. However, I thought it would be much better to discuss the alternatives, for I am a newbie to Kafka.

We can use zstd and its Java binding, zstd-jni without any problem, but we need to include their license to the project - BSD and BSD 2 Clause license, respectively. They are not listed in the list of prohibited licenses also.

What we need is attaching the licenses for the dependencies only. A recent update on Apache Spark shows how to approach this problem. They did: