When users create a new custom operator, they need to define both the forward() and backward() functions in python. When this operator is executed, one of these two functions will be called. And those two functions consist of two kinds of code: 1) python code and Numpy code (I call them pure python code) which will run in the CustomOperator's own worker thread 2) code that calls NDArray operators (I call them sub-operators) which will then be pushed to the engine to run asynchronously from the CustomOperator's worker threads. 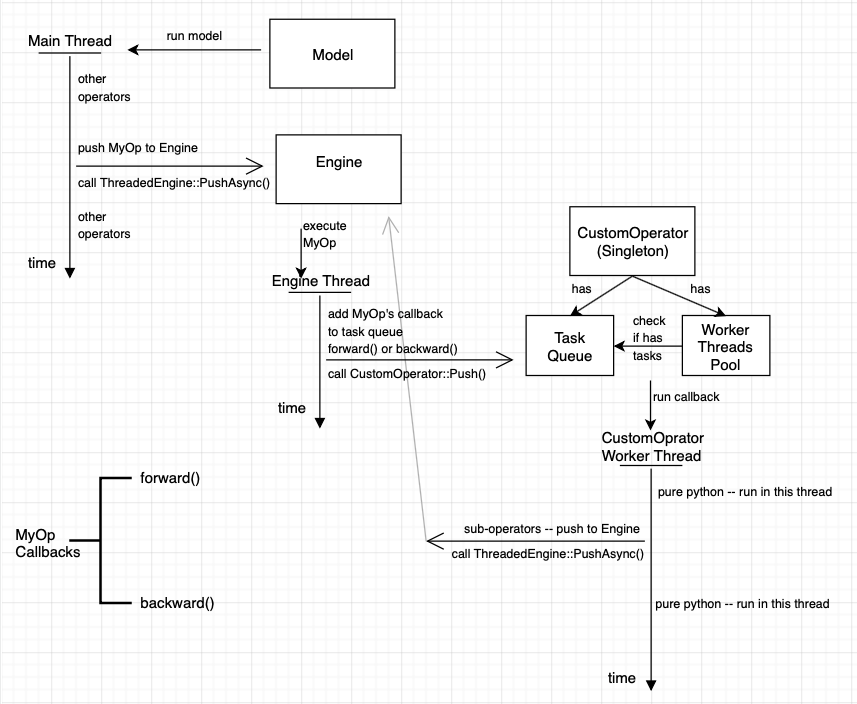 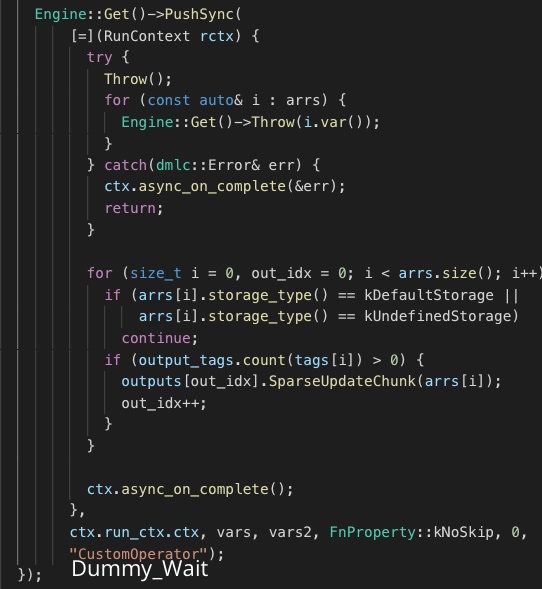 Also in CustomOperator’s Push(), a special callback named “CustomOperator”(Now renamed to “Dummy_Wait”, refer to the screenshot above, we will use this new name below) is pushed to the engine. The idea is that “Dummy_Wait” has dependencies on the custom operator and it will get executed at last to make sure the custom operator event will span over the execution of both the pure python code as well as the sub-operators.

With the above said, there are some issues with the current profiler: 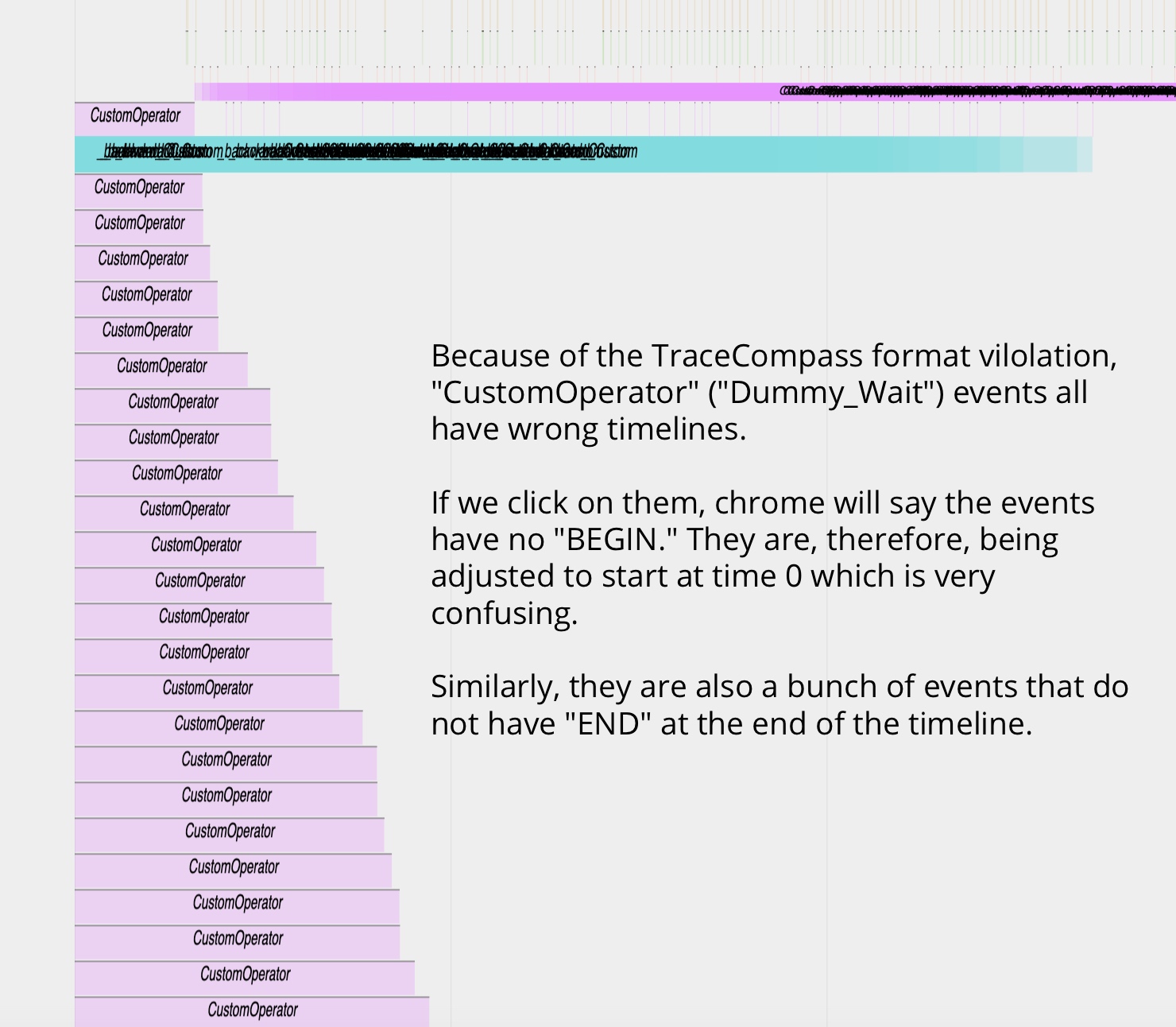 To avoid confusion, those issues need to be fixed.

This way, all the events will have accurate begin and end timestamps; there will also be no confusion about wait time.

To achieve 1), we will create a new singleton class called CustomOpProfiler in src/profiler. This singleton class has APIs OnCustomBegin() and OnCustomEnd(). We will call them right before and after the callback to forward() or backward() (as we defined in python) in custom-inl.h to profile pure python code. Also, we want to put those events in the new “Custom Operator” domain.

For 2), we already have operator profiling.

For 3), we will also use CustomOpProfiler. We will create a mapping from CustomOperator worker thread_id to the registered name of that custom operator. Then, in PushAsync() in threaded_engine.cc, we will call GenerateDisplayName() in CustomOpProfiler to see if we are in a CustomOperator worker thread. If so, then this operator being pushed to the engine is a sub-operator of a custom operator. We want to create a display name by concatenating the name of this operator to a prefix which is the name of the custom operator, something like “MyOp::_plus_scalar”. Furthermore, in class ProfileOperator in profiler.h, we need to check the display name of the operator. If the name contains “::”, then we profile them within domain “Custom Operator.”

The first limitation is that with my current implementation, we are distinguishing regular operators and sub-operators in ProfileOperator profiler.h just base on the name. If the name contains "::", then we would think it is a sub-operator; if the name is "Custom", then we would think it is a custom operator. However, when uses register a new custom operator, they could actually name it "Custom" or "XX::XX", so ProfileOperator would misclassify. A solution is to add a check before user register new custom operators and reject "Custom" or any name that contains "::". But this risks forcing users to change existing models.

Alternatively, we could have a contact manager to help distinguish regular operators and sub-operators. This would involve wrapping frontend custom op forward() and backward() with a context manager and adding a bool "is_custom" to all the backend apis along the call stack when we push a operator to the engine. This method will cause much more damage than the proposed "thread_is mapping" method.

Below is the new visualization after my change:

This is to be compared with the old visualization:

The two screenshot are produced with the same code:

Also, we can try using Gluon: