Currently, Apache MXNet does not provide an Out of the Box feature to load Audio (wav) files into NDArrays and make an AudioDataset to perform simple audio data related tasks such as multi-class classification.

User Experience is limited when it comes to performing some Machine Learning tasks such as Multi class classification on audio data. Frameworks like PyTorch support loading audio files and performing these tasks. Enabling this feature for at least one audio format will be a good start which can be further extended to supporting multiple audio file formats, allowing extensive audio transforms like audio splitting and making randomized chunks(split) from the audio file and so on.

As a user, I would like to have an out of the box feature of audio data loader and some popular audio transforms in MXNet, that would allow me :

Note: The plan is to have a working piece of this model with an example into the contrib package of MXNet before it is agreed upon to move this implementation to the gluon.data module.

There are a few questions/points, I would like the suggestions from the Apache MXNet community. These are the following: 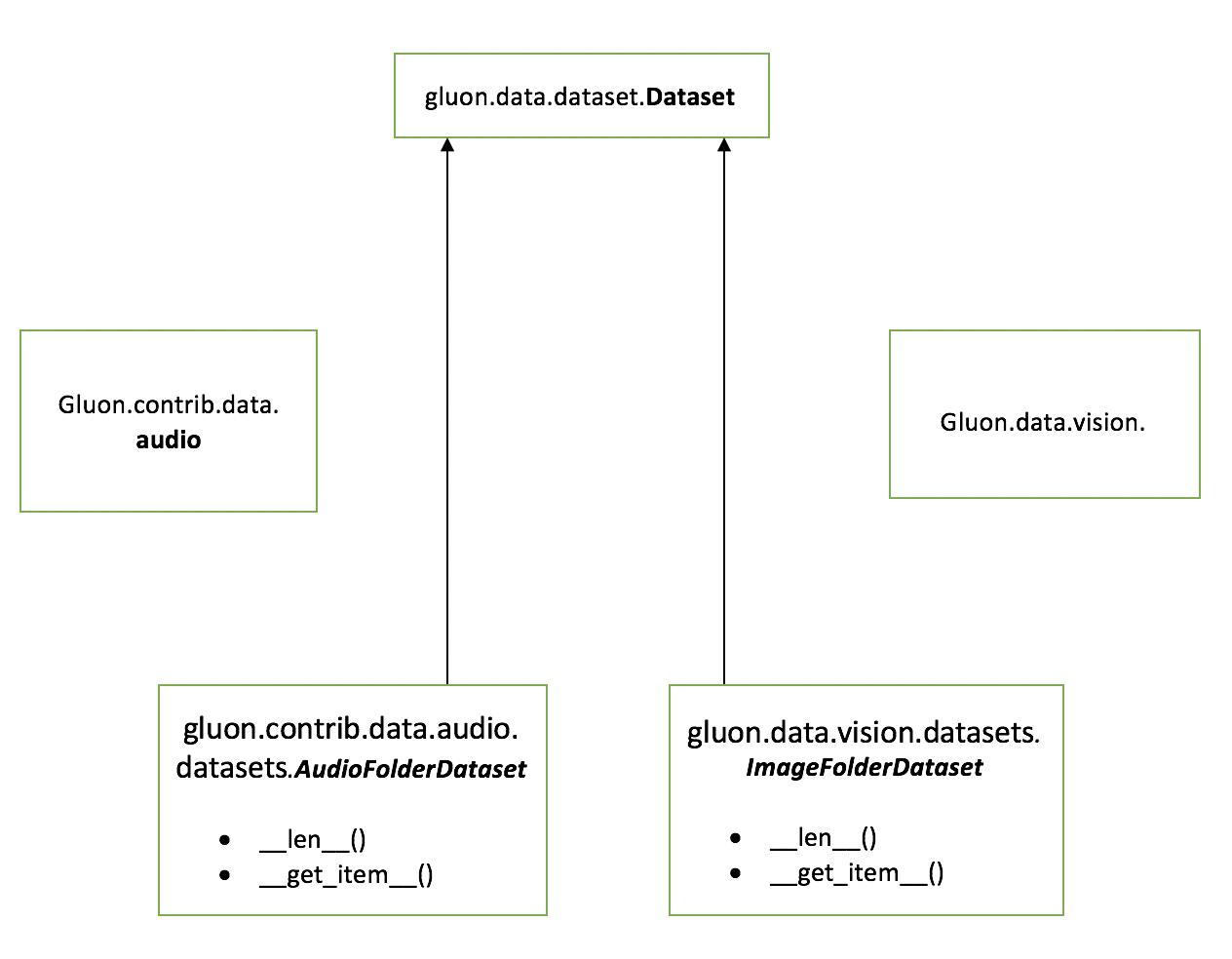 2. gluon.contrib.data.audio.transforms :
This package will house some commonly used Audio data transforms like MFCC, Scale, PadOrTrim, Stereo2Mono and so on. This list can be extended with new transforms coming in. 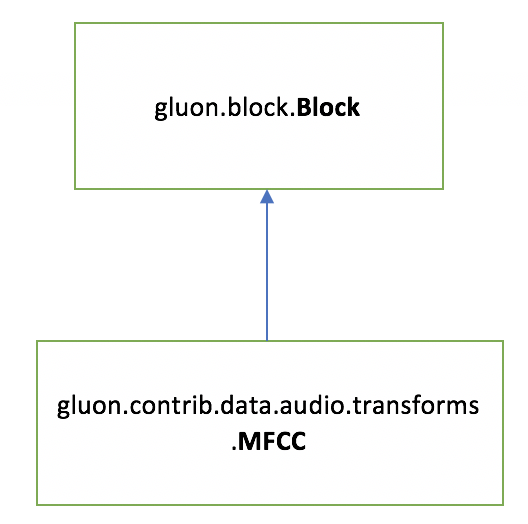 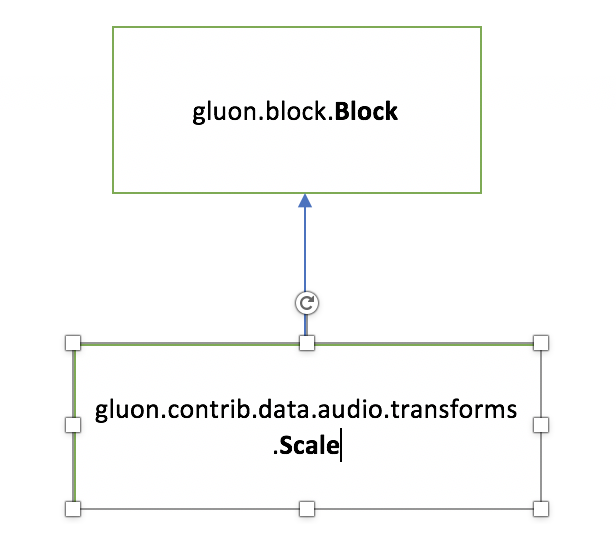 Some of the design considerations that have been considered and followed in this design are as follows:

Every API - classes or functions are proposed on top of the existing APIs. Should not be a blocker or a cause of failure of regression tests.

There are some performance considerations in this design too. They are:

I am planning to test the new AudioFolderDataset class and transforms by using a simple, but popular Audio data related task, Urban Sounds Classification using a dataset which has about 5435 audio samples labelled with sounds like 'siren', 'children_playing', 'dog_barking', 'street_music'  and similar classes (10 labels in total).

The milestones could be split into two phases:

Currently, the same design is used to build an example in MXNet Gluon to perform an audio data related task - Multi class classification. The PR that was opened is https://github.com/apache/incubator-mxnet/pull/13325.