Introduction of Sentry-Hive binding with V2 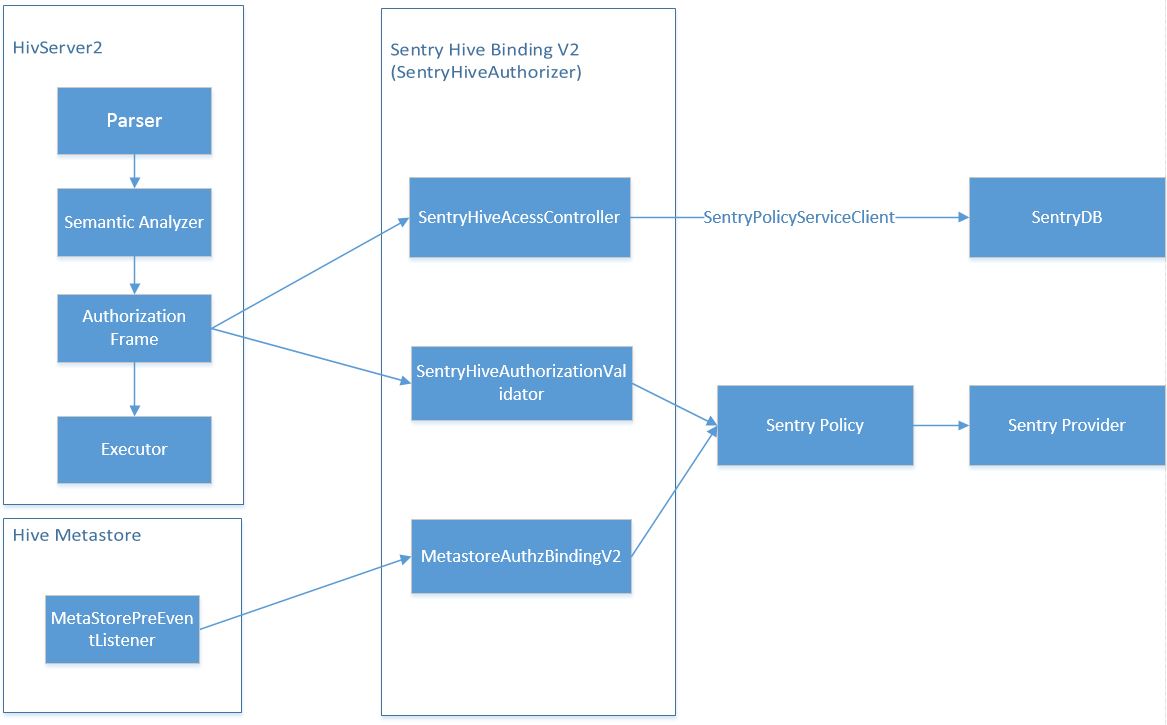 All the unit tests are passed after fixed some test failures which are caused by the difference output format of some certain commands between Hive 1.1.0 and Hive 2.0.0, such as SHOW INDEX ON [table] in “TestMetadataObjectRetrieval.java”, SHOW GRANT [type] [object], column type privilege are put into “[]”.

We can run independent unit test by

To keep up with the version of datanucleus in Hive 2.0.0, we adopt 4.0.1 version in V2. Considering the version conflict, we remove “hive-authz1” and “datanucleus3” profile. We have done e2e tests in development environment and v2 nightly build. Due to lack of real cluster environment, we hope other committers could help verify it on real cluster.

The nightly build in Apache Jenkins is

Currently Sentry users are mainly using Hive 1.1.0, once most users have upgrade their Hive version to Hive 2.0.0, we will deprecate the v1 binding.
Moving V1 to V2
When we move V1 to V2, the users only need to update the configuration of hive-site.xml according to the “Related configuration” section.