To improve the ability to debug and maintain UIMA components, we propose to add the ability to log the updates to the CAS and the Index Repository as follows:

The collected information can be classified as follows:

The development of this Provenance Tracking of UIMA CAS Content as described in the Wiki is composed of two parts:

The development will be done as a tooling project of Apache UIMA with the participation from the community. Since there are a lot of codes in the CAS Viewer (submitted as a contribution to Apache UIMA) that can be reused, we propose to develop the visualization of CAS/Index Journal as the extension to the CAS Viewer.

In the following proposed GUI mockup, we use deploy/as/MeetingFinderAggregate.xml from uimaj-example of the UIMA AS package with some modification to its behavior to illustrate the design. This aggregate AE has the following structure:
MeetingFinderAggregate
Collection Reader
TokenAndSentence AE
MeetingDetector Aggregate
RoomNumber AE
DateTime AE
Meeting AE
Cas Consumer

The issue here is how to visualize the above three kinds of basic information to the developers?

Note that, for the initial implementation, we propose to only preserve the final value for a FS (intermediate values are not kept).

Based on the above example and assumptions, the following shows some screen-shots of the proposed GUI used to visualize the journal information.

The information about CAS changes is visualized by the FS Journal tab as shown in Figure 3.1.
The sequence of AE calls is showed in the top section of the tab and is organized as a hierarchy (the key string defined in the aggregate descriptor will be used to identify the AE). The number next to the AE's name is the total number of FSs added or modified by the AE. For example, Meeting AE (2 FSs) means that there are two FSs added or modified by the Meeting AE. 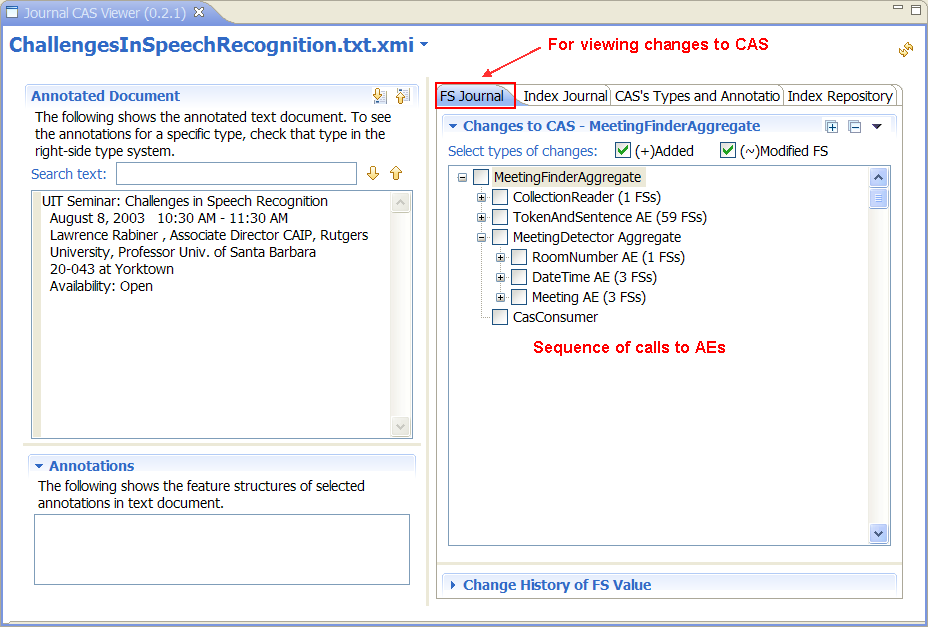 Figure 3.1. For viewing changes to FS in the CAS

Since it is possible to have a long list of FSs (e.g., a few thousands of Token annotations), the list of FSs is compressed within the type name node and the number at the end of the name indicates the total number of added/modified FSs as shown in Figure 3.2.a.

When the type name's nodes are expanded (by clicking on the + sign), the added and modified FSs are revealed as shown in Figure 3.2.b.

and (~) signs to represent added FS, deleted FS, and modified FS, respectively. Note that, for the FS Journal, we don't have the case of deleted FSs. 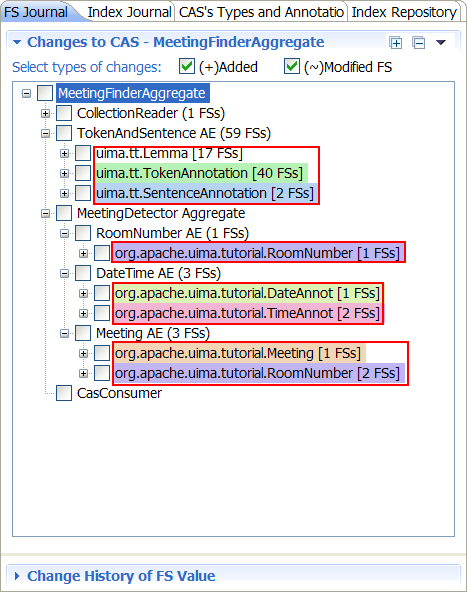 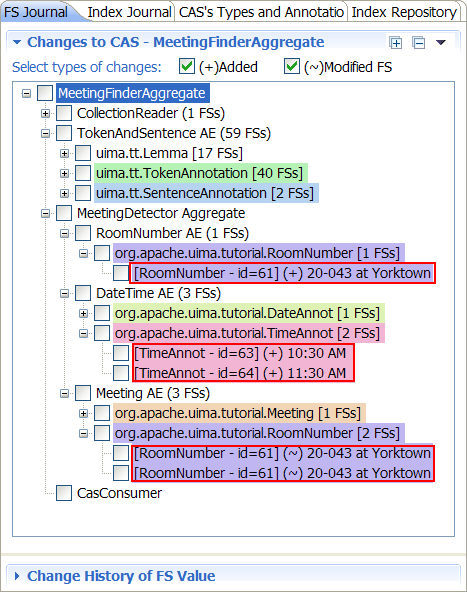 Figure 3.2.b. List of Added/Modified FSs Grouped by Type

Check or uncheck the boxes will control the kinds (added or modified) of FSs to be displayed (see Figure 3.3).

Note that it is possible to have FSs that are not a sub-type of Annotationas shown in Figure 3.3 (the uima.tt.Lemmatype is defined as a sub-type of uima.cas.TOP). 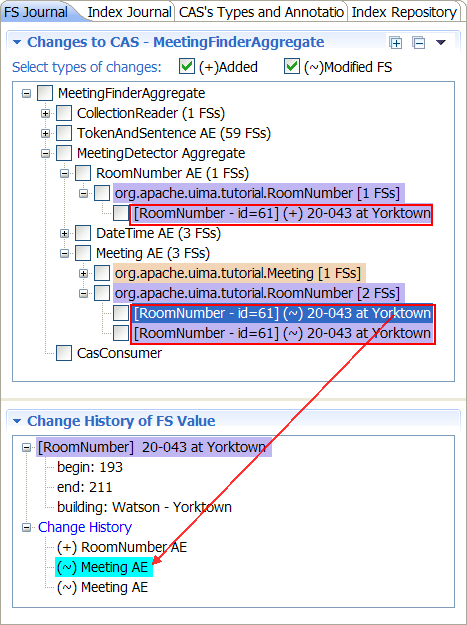 Figure 3.5. Change History of Selected FS - Shows the history for a particular FS, in which component it was created and which subsequent components it was modified.

The information about the changes to index repository is very similar to the changes to the CAS and it is displayed in the Index Journal tab as shown in Figure 3.6. There are two main differences:

Otherwise, the operation of the Index Journal tab is identical to the FS Journal tab. 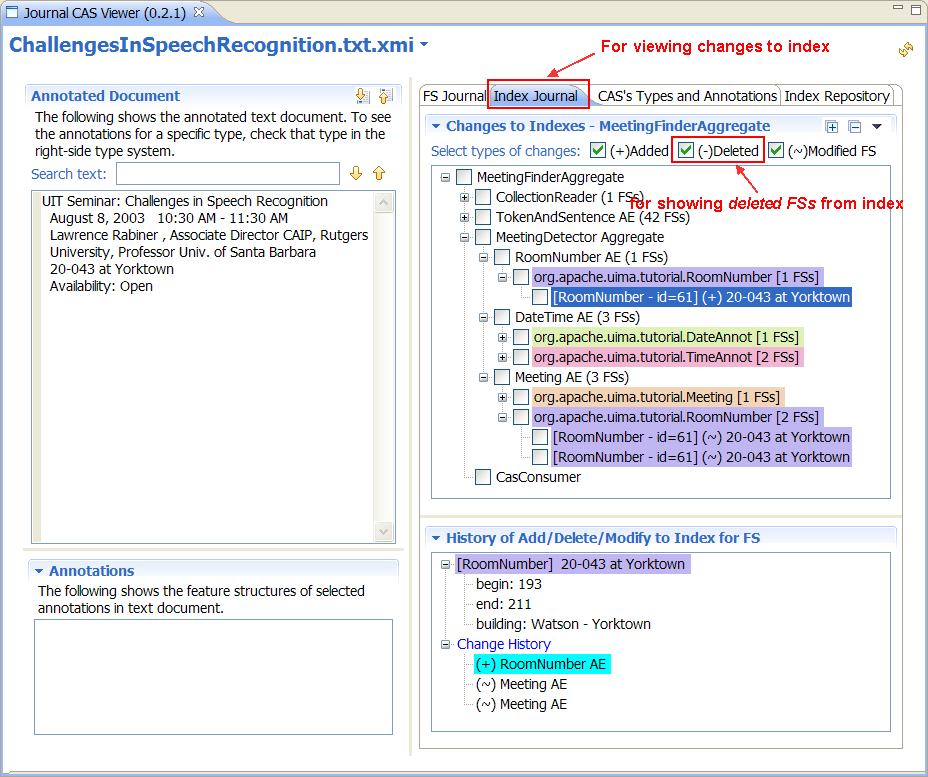