Contexts correspond to UIMA Pipelines.  A context is associated with an Annotator (Primitive or Aggregate), or (for an aggregate, also its flow controller).

A pipeline's root points to its ResourceManager, which has all the external resources, the CAS Pool, and the extension class loader.

Here's a draft of a new chapter for the UIMA Reference, describing resources (it's incubating as part of the v3 users guide) 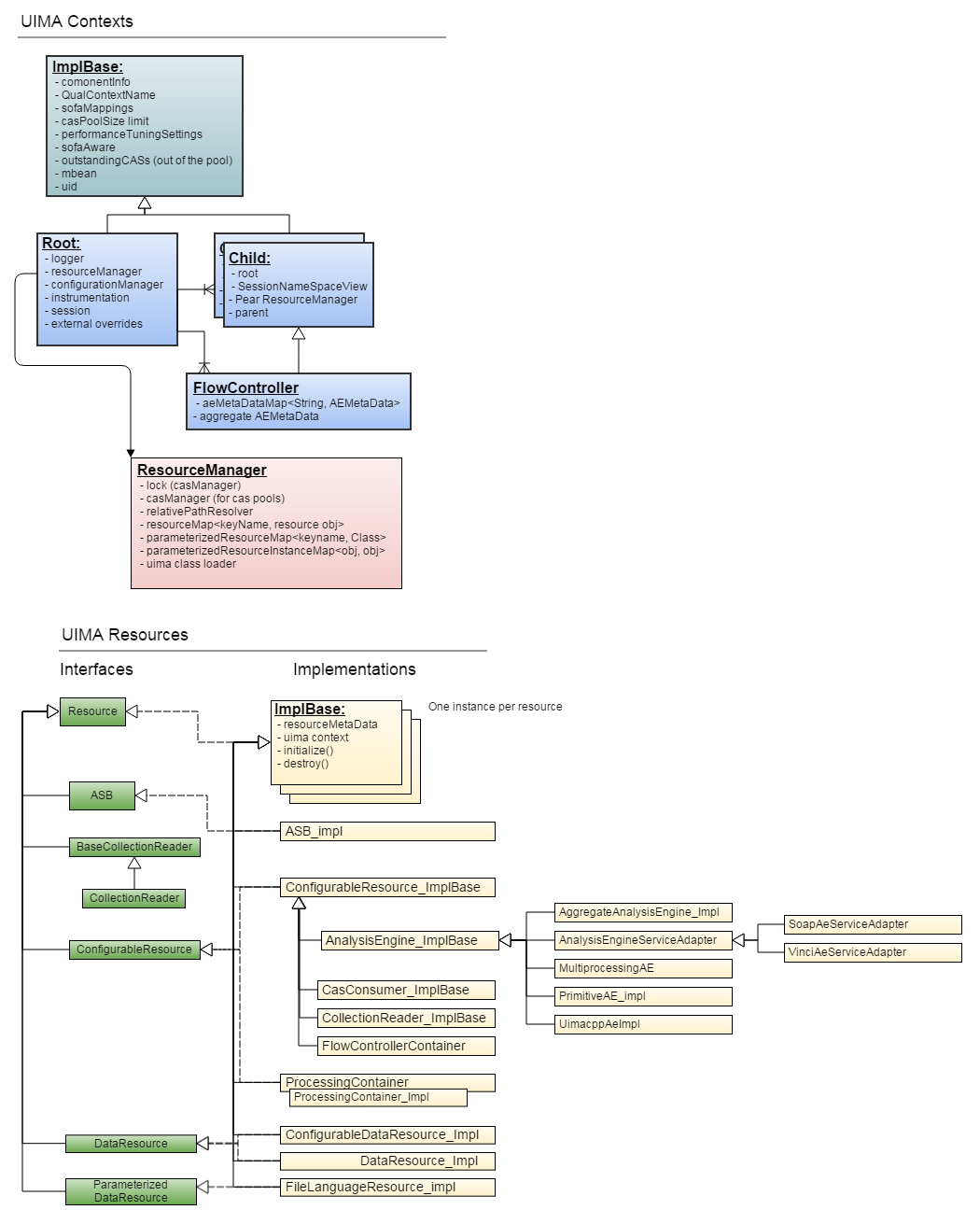