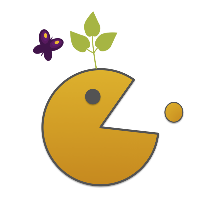 Note: Changed to 'Futuristic' because Travis has improved under Apache. So, we can take time to move to Jenkins.

Email to send out on Google Groups announcing the migration

As part of the Gobblin project's recent move to Apache, we are migrating the mailing lists to Apache infrastructure as well, so that the existing Google groups will become read-only at some point in the near future.
To keep receiving updates about Gobblin or to participate in development discussions, please subscribe to the following lists:
user@gobblin.incubator.apache.org -- for usage questions, help and announcements. [Subscribe] [Archives]
dev@gobblin.incubator.apache.org -- for people who want to contribute code to Gobblin. [Subscribe] [Archives]
commits@gobblin.incubator.apache.org -- for people who want to contribute code to Gobblin. [Subscribe] [Archives]
Additionally, the Gobblin Gitter chat rooms: [Gobblin Lobby] [Gobblin Cluster] is where many Gobblin developers and users hang out to answer questions and chat.
The other infrastructure and process changes with Apache migration are:
1) Migration of linkedin/gobblin code base to Apache's Git repository. [In Progress]
2) Migration of Google groups mailing list (this list) to Apache mailing lists. [In Progress]
3) Migration of Travis CI to use the Apache infrastructure. [Scheduled]
4) Migration of Wiki to Apache Confluence wiki. [Scheduled]
5) Migration of Github Issues to Apache JIRA. [Done]
6) Migration of all existing pull requests to the Apache Github mirror repository. [Scheduled]
We will track the progress of the above items on Gobblin's Apache mailing lists.
What you should do:
* Sign up for the Apache user, dev and commits mailing list (as described above)
* Sign up for an Apache JIRA account and open any issues that you care about in Apache Gobblin JIRA project (https://issues.apache.org/jira/browse/GOBBLIN)
* Sign up for an Apache Confluence account (https://cwiki.apache.org/confluence/display/GOBBLIN)
* Stop creating GitHub issues immediately. Create new problem reports as JIRAs now.

Can we merge pull requests via the magical green button in GitHub?

Not currently. The way GitHub mirroring is setup, the repository is read-only, so no merge button appears in the GitHub UI. This means that committers will have to manually pull PRs locally, merge them into Apache master, push them back to Apache's git repository, and close the pull request.

There is an experimental project in Apache to enable bi-directional mirroring, so the merge button will work, but it's currently private. We can apply to get access, but I don't think that we should count on this in the short term. Application requires discussing on our private@ list, then having the project char contact the board as well as the infra team.

Will existing pull requests and issues continue to exist after the repository is transferred?

Yes. We'll have to link them to JIRA tickets by adding a JIRA ticket ID to their title, though.

Can we use GitHub issues?

How will pull requests work?

See this page for a description. Basically, the same as normal, except that the PR must have a JIRA number in the title, and there will be no green merge button in GitHub (see above).