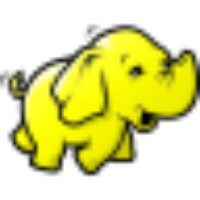 A given DataNode may be configured with either privileged resources, or SASL RPC data transfer protection but not both. It is acceptable to have a mix of some DataNodes running with root authentication and some DataNodes running with SASL authentication temporarily during this migration period, because an HDFS client enabled for SASL can connect to both.

Because the DataNode data transfer protocol does not use the Hadoop RPC framework, DataNodes must authenticate themselves using privileged ports which are specified by dfs.datanode.address and dfs.datanode.http.address. This authentication is based on the assumption that the attacker won’t be able to get root privileges on DataNode hosts.

When you execute the hdfs datanode command as root, the server process binds privileged ports at first, then drops privilege and runs as the user account specified by HDFS_DATANODE_SECURE_USER. This startup process uses the jsvc program installed to JSVC_HOME. You must specify HDFS_DATANODE_SECURE_USER and JSVC_HOME as environment variables on start up (in hadoop-env.sh).

In order to migrate an existing cluster that used root authentication to start using SASL instead, first ensure that version 2.6.0 or later has been deployed to all cluster nodes as well as any external applications that need to connect to the cluster. Only versions 2.6.0 and later of the HDFS client can connect to a DataNode that uses SASL for authentication of data transfer protocol, so it is vital that all callers have the correct version before migrating. After version 2.6.0 or later has been deployed everywhere, update configuration of any external applications to enable SASL. If an HDFS client is enabled for SASL, then it can connect successfully to a DataNode running with either root authentication or SASL authentication. Changing configuration for all clients guarantees that subsequent configuration changes on DataNodes will not disrupt the applications. Finally, each individual DataNode can be migrated by changing its configuration and restarting.