How might we update or enhance our product visual identifier/logo to best reflect our brand?

The following visual elements are associate with the Apache OpenOffice products:

No wrong answers here, just a collection of sketches realizing the visual elements. 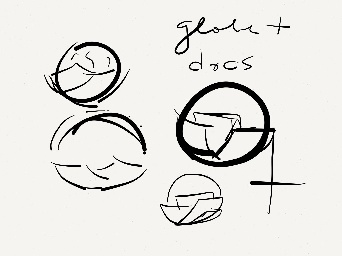 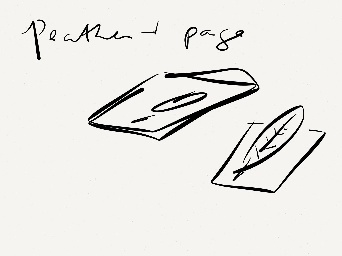 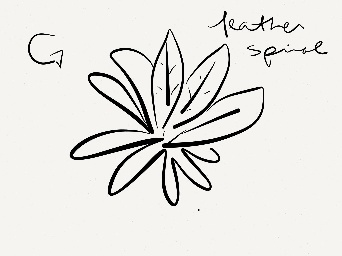 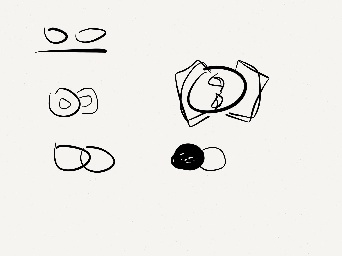 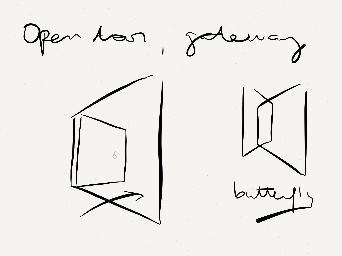 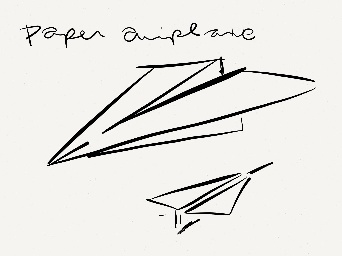 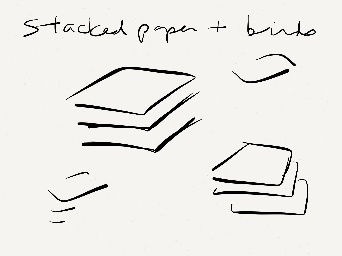 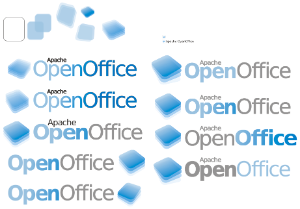 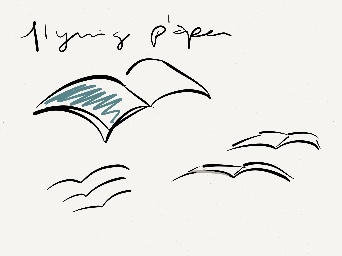 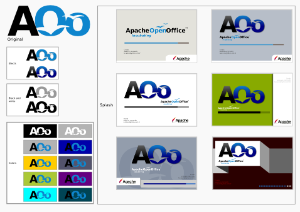 This is another example of a text graphic created in inkscape used instead of some type of typeface.  It's a San Serif type font and can be modified as an svg.

This logo proposal changes makes use of a new font and logo scheme to present the word OpenOffice by updating the orb as a flat surface and placing a "donut" hole (which represents the open nature of AOO as an open source project) in the orb along with our trademark gulls effectively making it an "O" which anchors the words "Open" and "Office" but with the use of a single "O". The logo also makes use of a new typeface. 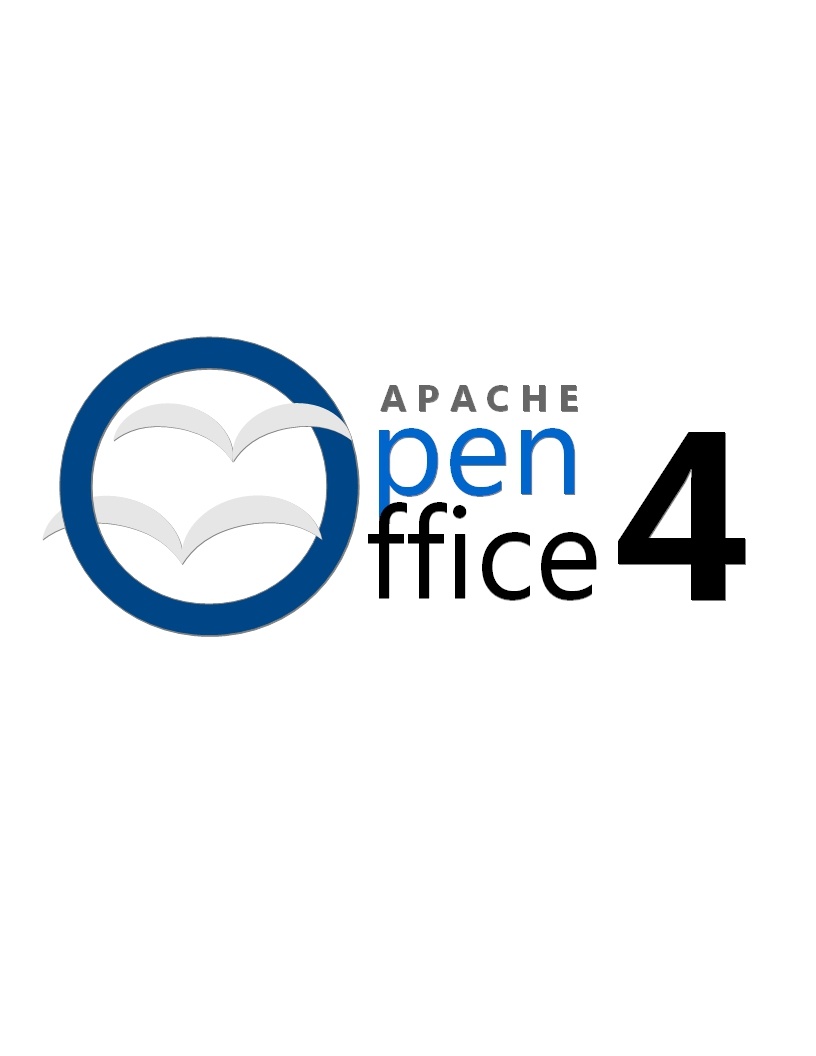 The second logo proposal for Apache OpenOffice 4 is more conservative, conventional, and simplistic than the previous logo proposal; which makes the new open office logo more recognizable among the community. The new logo proposal makes use of an updated OpenOffice orb which now rests on four squares that represents the four main applications associated with an office suite (Blue= Writer, Green= Calc, Orange= Impress, and Violet= Base). In addition the orb now is surrounded by a white belvel emboss ring that makes the logo look more like a pin and actually makes it stand out of the four background squares

Below there are 5 additional logos for the Apache OpenOffice project, all of these follow a similar language to logo proposal 2. 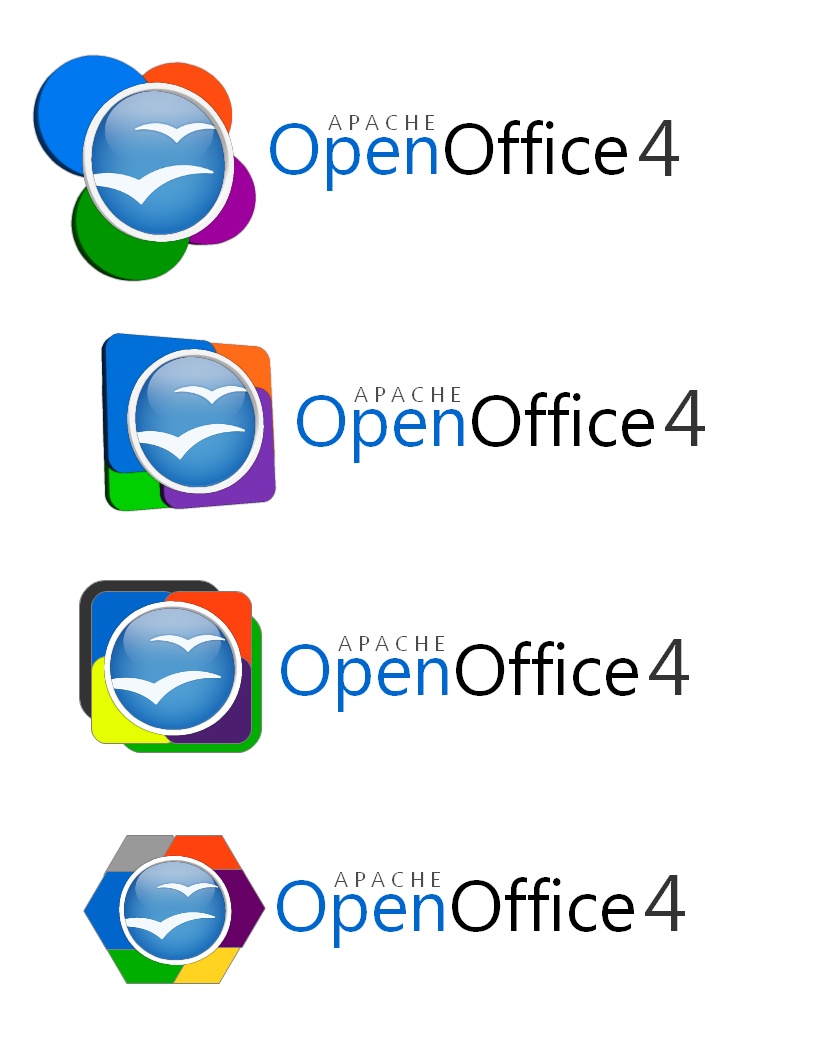 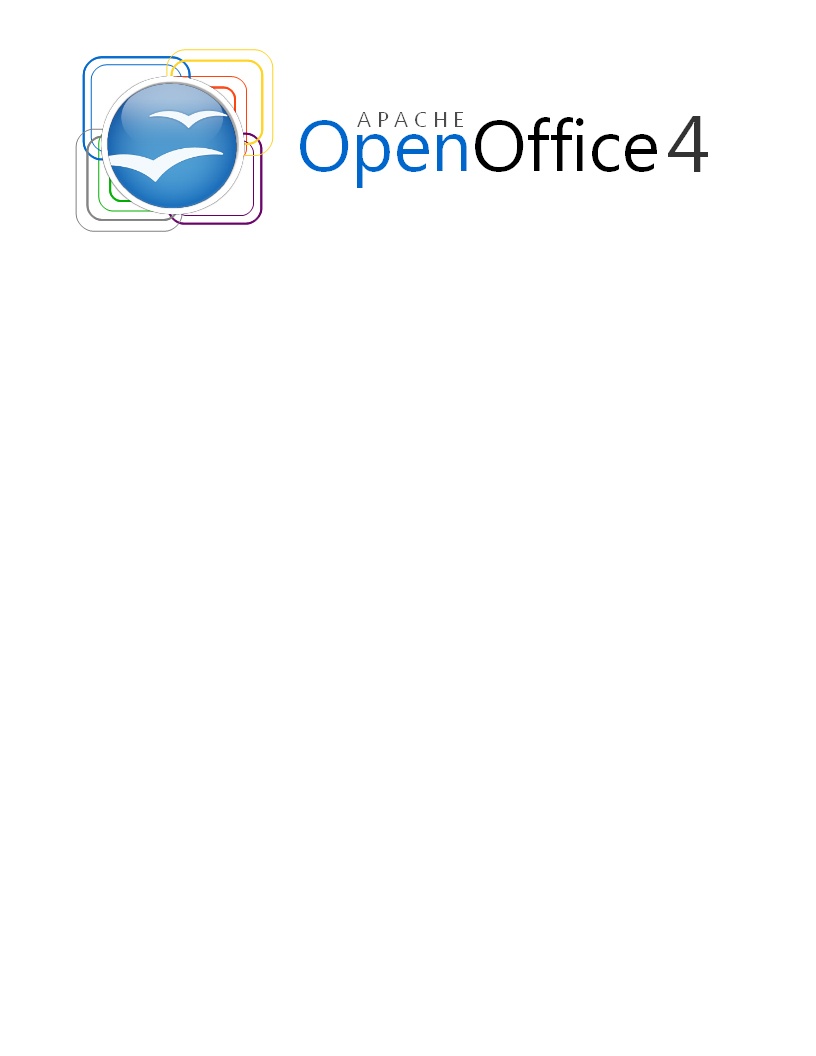 A design quite different from the Gulls and even the parameters used. The logo applies more basic elements with a second version that is more complex. It tries to emulate some symbolism of continuity and dynamic evolution. Is not meant to be a finished design but the inspiration to think different about logos and image of the product.

A more complex version with something that is between feathers or the flow of water. It add some dynamism and speed to the continuity symbol.

Some suggestions on improving the fonts and color combination has already been contributed. A more rounded and contrasting font might improve the impact of the logo.

The designs below are the eight and ninth versions of my proposal logos for the Apache OpenOffice 4.0 logo. This new design does away with the orb and changes it for a gull ring that rests under a blue background which itself rests on circles which are inspired on the Adobe Flex logo multicolor scheme. The new gull ring while being new retains the familiar circular shape of the current OpenOffice logo, but at the same time is a new take that pays respect to the orb. All of these elements are wrapped in a modern black gradient icon than makes the logo stand out. Furthermore, the new logo actually changes the look of the word OpenOffice (also an inspiration from the Adobe Flex project logo) into a more modern non-capitalized "openoffice" design. The latter serves the function of highlighting Apache as the owner of the project (whose name is in capital letters), yet the non-capitalized "openoffice" names takes presence by being written in a larger size font. Overall, the new logo design is simple, clean, and modern.

Below there are two designs, the first one (top) is the proposed official logo for the project and the second logo (bottom) has a slightly smaller icon that is geared toward website header use and banners. 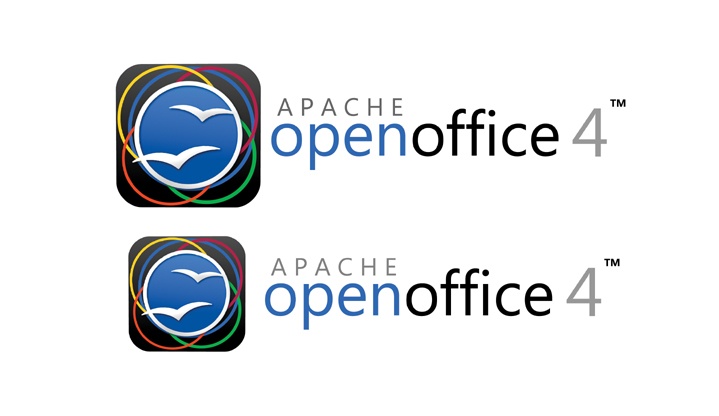 The gulls in this logo are aligned to form the shape of a book. On one of the pages there's text (writer) and the other there's a spreadsheet (calc). The font used is the Bitstream Vera. The feather is white like the gulls, the reason for not using the apache brand feather is simply that it doesn't really match the design. 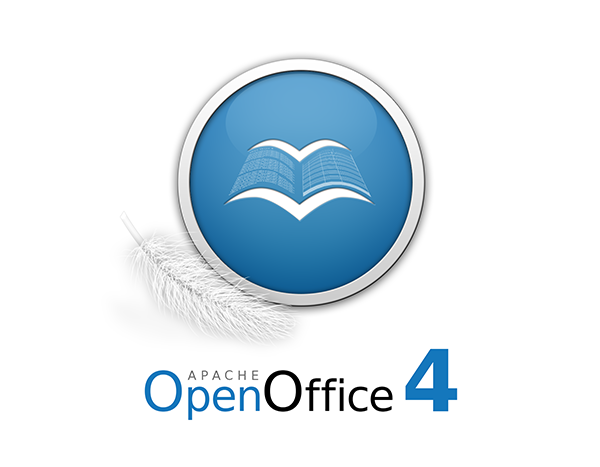 The following logo which I affectionately call "BlueCon", takes a cue of logo designs 9 and 10, but actually makes it simple by taking the multicolored rings away and repaints the icon to the OpenOffice blue color. As with proposal 9 and 10 seagull ring remains and the design for the word "openoffice" is carried over as well. This logo addresses observations made about logos 9 and 10 being "too crowded" due to the application rings. The new coloring of the icon represents the whole OpenOffice suite, something that the original seagull orb accomplished. Logo proposal 10 is oriented to be used on the office suite, where logo proposal 11 is geared towards being used on the project's webpage as the icon has been scaled down to be more header friendly. 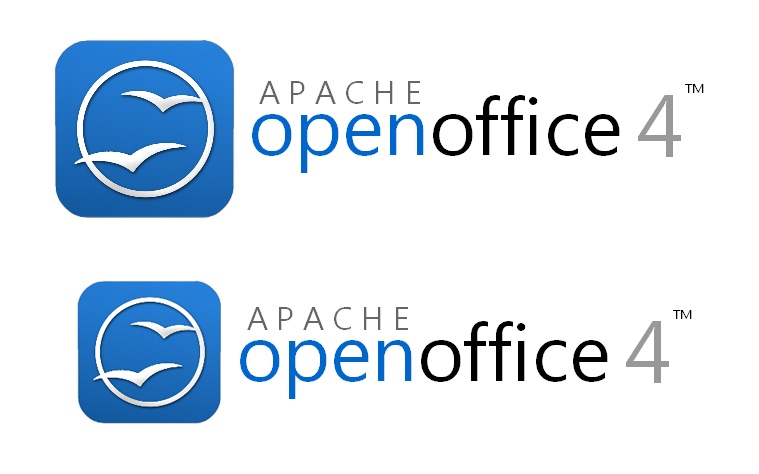 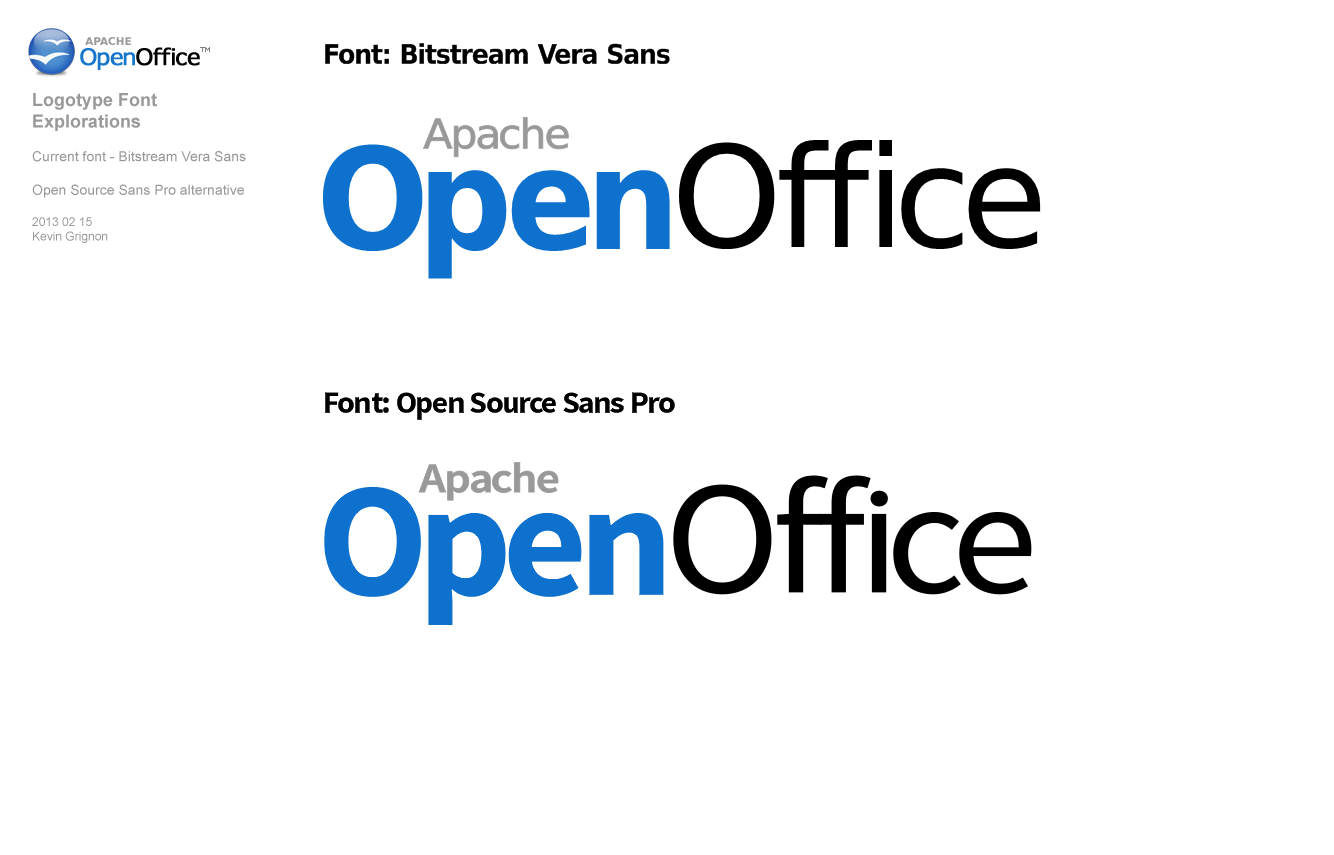 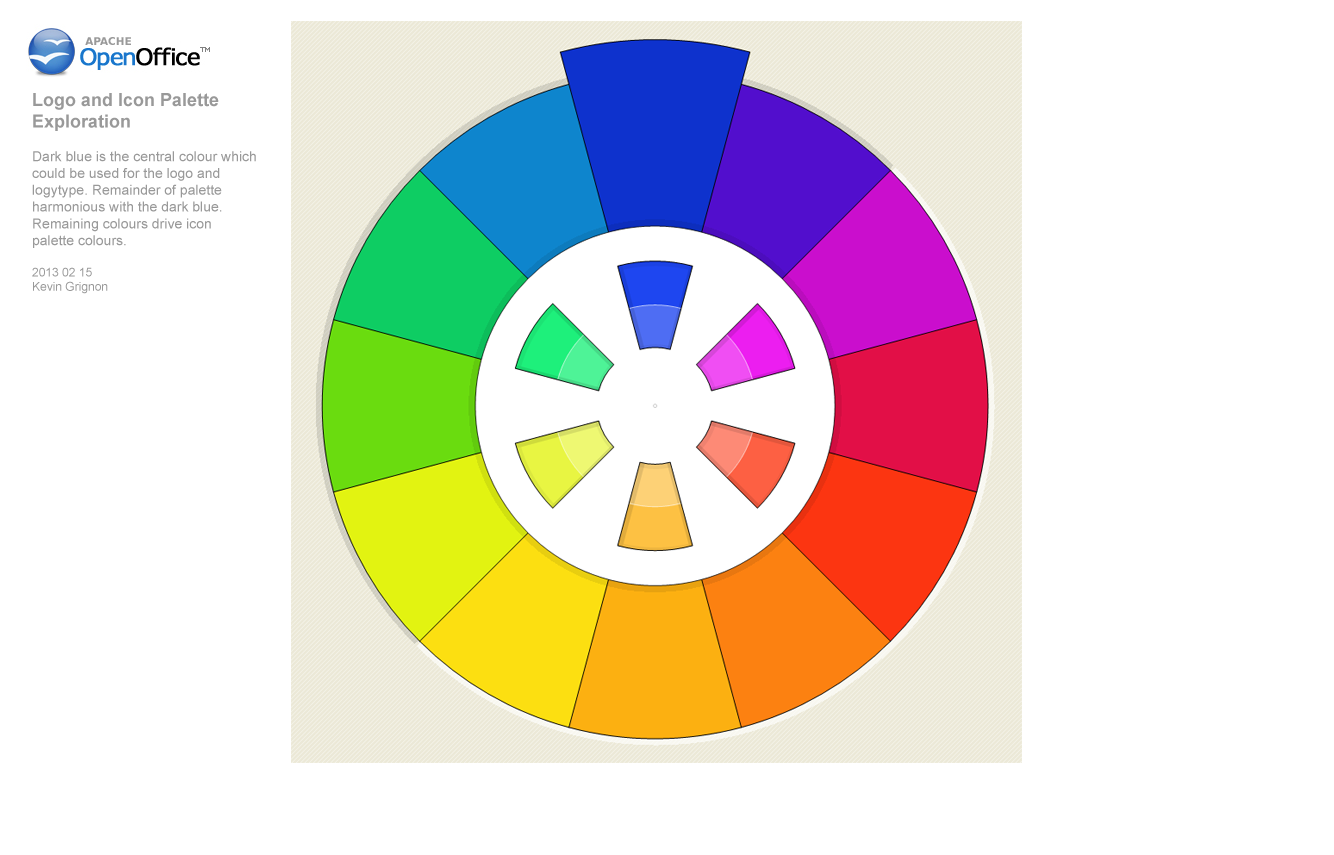 This is a rough draft of my thoughts for a logo. Borrowing the text portion from Michael Acevedo's proposal and the 3.4 orb.
Colors are added as a bar beneath text. The "S" shapes ends of the colors are from the icons (Sun styling I think?).
The colors could be attached together and gradient applied maybe.
I hope if someone likes this they can pursue it further as I'm not an artist

Inspired by Michael Acevedo's rounded square design in 6 & 8. Font is from Google Web Fonts, its OFL licensed.  If we can't use font we can replace.

My goal is to keep it simple, Its not just a splash screen logo, its a brand, and this brand will need to spread through out the product. Icons, about, website, etc.
Simplicity in logo will help with branding challenges in busier layouts like the Website, About Screen, videos etc.
I picked the font because the font shape helps reinforce the logo's shape.

Opinion: User should be able to see an outline or silhouette of a logo and recognize the brand. The gulls are ours.

Black outline is to help focus eyes. Second image is to show application to other branding activities, done with less effort. 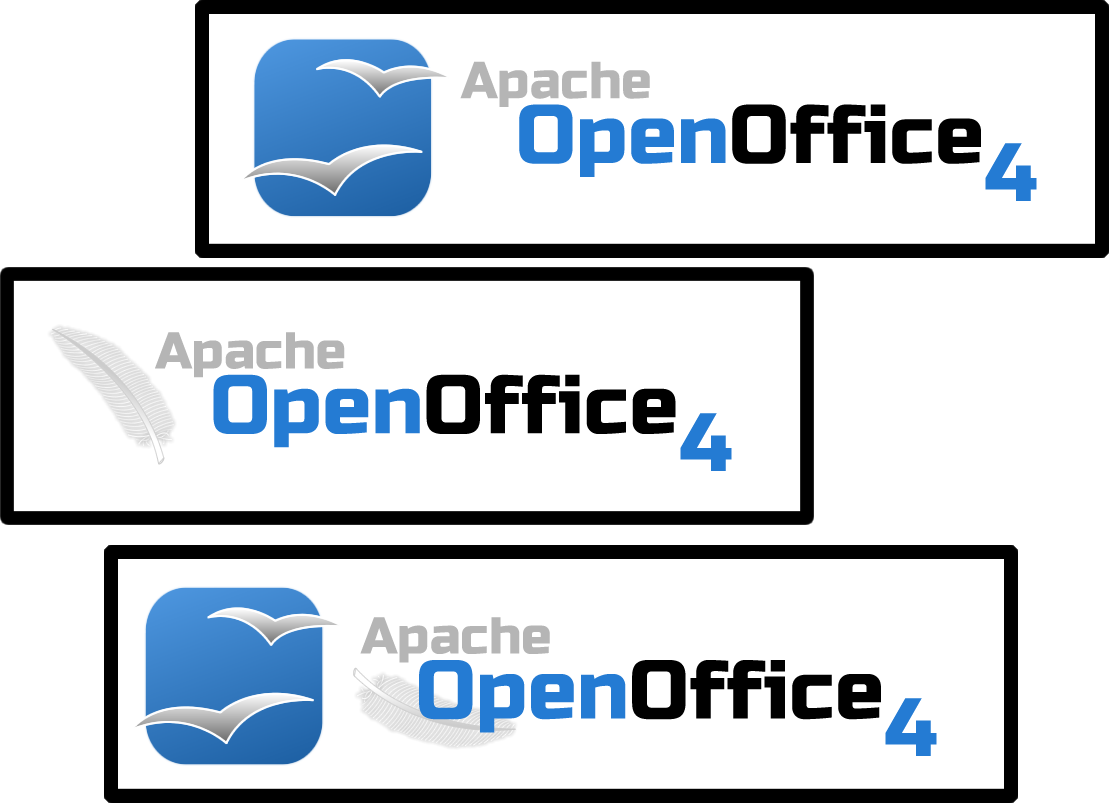 Without glossy or other "modish" style. Left away all "unnecessary elements": the brand should speak for itself.
Scales not bad at smaller sizes (app icons here 64px), but this is just to give an idea of my idea: icons are not optimzed (line thickness, etc.) 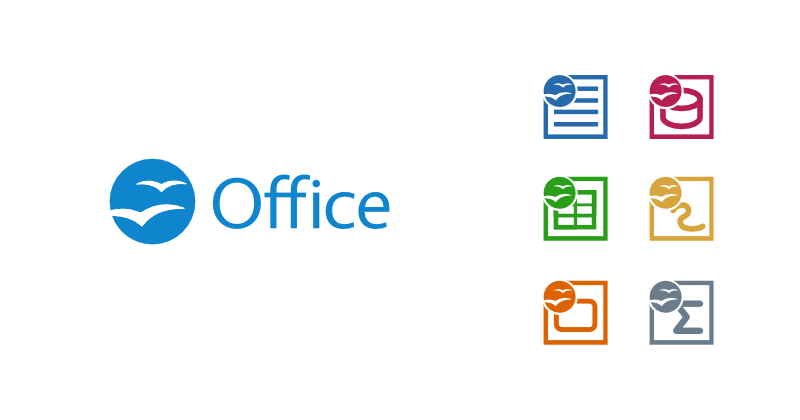 Mar 15, 2103: Got inspred by Kevin Grignon (Source Sans Pro font and color background) and at the same time found my first proposal inappropriate (missing Apache and Open).
Have used grey colors for the font and added TM.
Find this proposal much better. 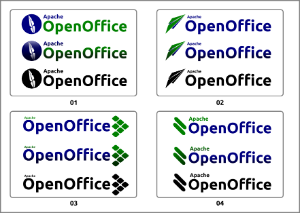 I present four proposals for logo Apache OpenOffice 4.0. In standard versions, and indeed black and white. For best viewing, download, and view separately.

01 - The proposal presents a shame apache inside a circle representing the world - ie, the world is Apache;

02 - Based on the scrawl of Kevin Grignon, the plane represents freedom. But we have two problems: the plane separately without the name does not remember the brand, we have no reference what it is. Second, I have already submitted a proposal similar to the LibreOffice project for some time (https://picasaweb.google.com/lh/photo/rht5jt8ISZiVAHIbyJ_QbtMTjNZETYmyPJy0liipFm0?feat=directlink);

04 - The two objects can become a success in marketing. The two objects refer to painting done with fingers in the faces of Apache Indians. Imagine lectures around the world made ​​with the speaker with his face painted (a headdress would be excellent to complement this case)!

This characterization would be a "trademark" of Apache OpenOffice. I'm not talking about using costumes through the streets, but the painting would be the basic (optional).

Building on Chris R. Direction.  Fonts are Apache License 2.0 fonts. This is in the direction of a refresh rather than a new logo.

Built using Inkscape. Font used is UbuntuCondensed-Regular (under UFL). Minimalistic and Gradient less logo. Two O's lined up to look like a tunnel and 2 Gulls coming put of it, representing freedom. 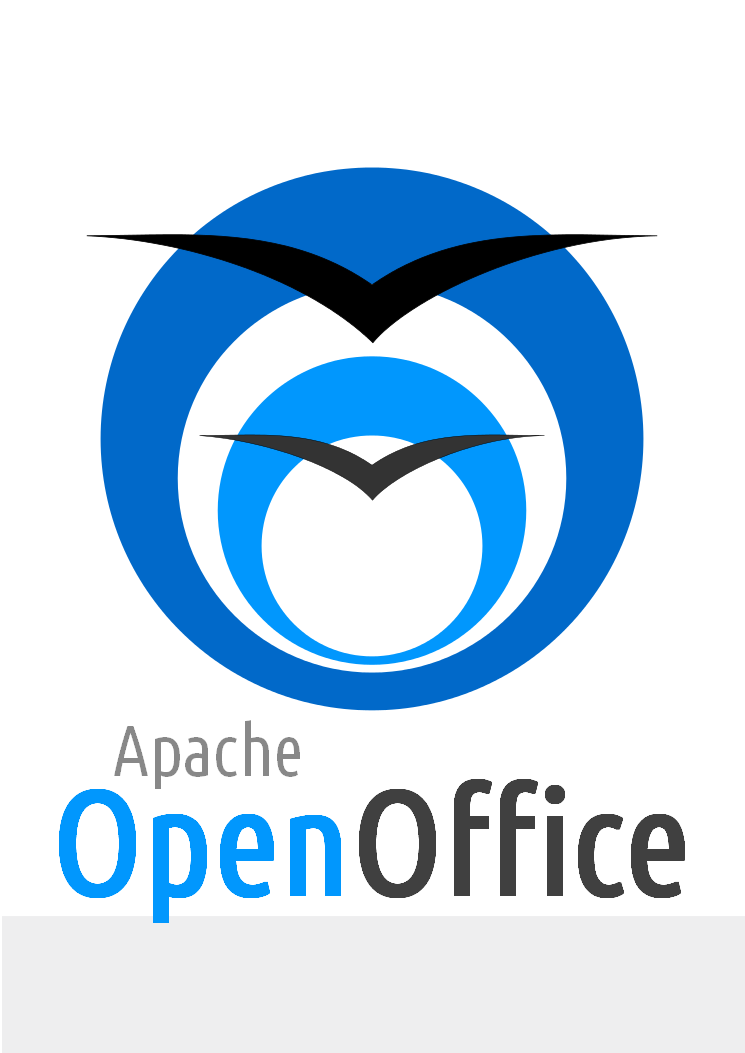 Judging by feedback the new logo should be evolutionary rather than revolutionary. This design provides a simplistic and modernised twist to the current logo. Adding just that little bit of depth to make it stand out from similar styles (microsoft), it still delivers the 'flat' look many of you have proposed. The feather represents the apache brand as well as giving the logo a more unique and recognisable form (rather just a plain circle). There will be more thought given to the implementation of the feather. 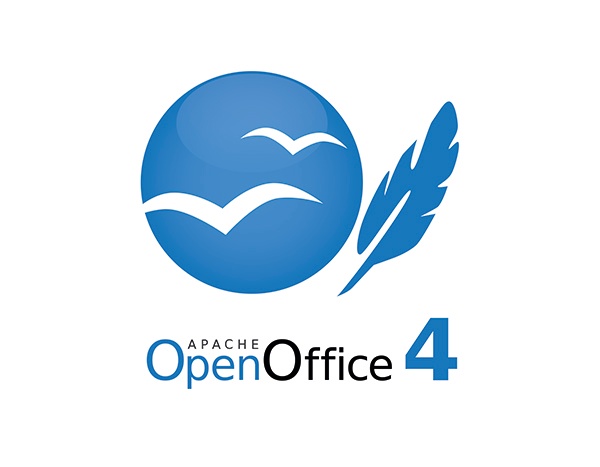 Here is a revised version of my first proposal as well as my second proposal without feather: 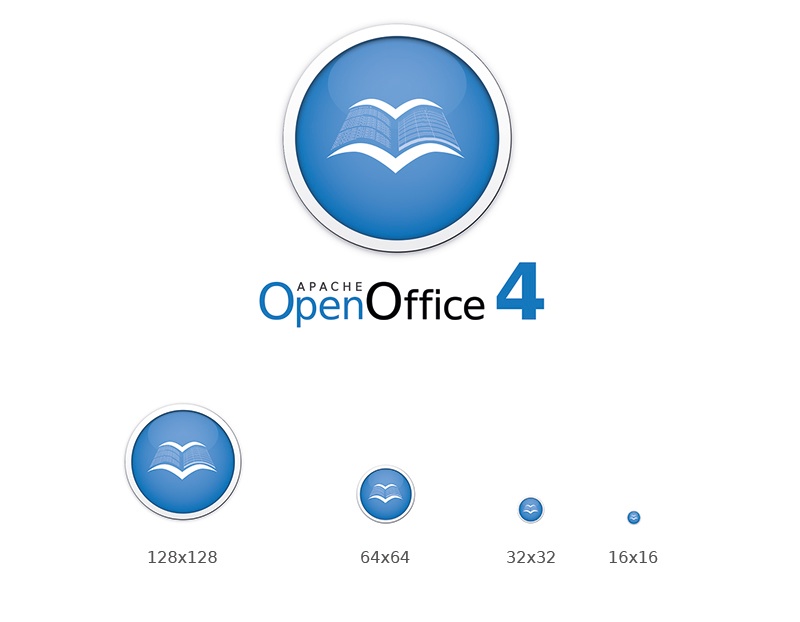 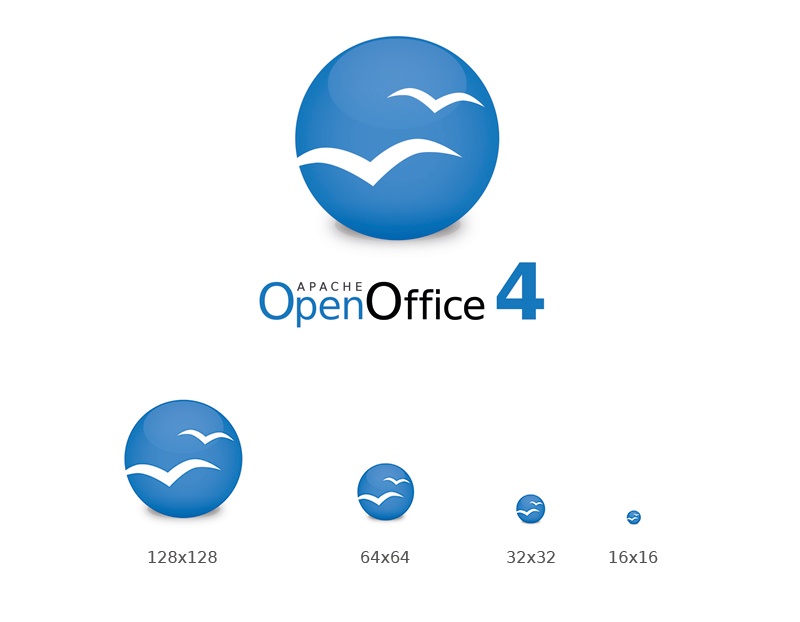 If people like the feather I suggest we try to incorporate it into the current logo, although when its too small it loses its shape when scaled down.

From the left to the right: 1 Current logo, 2 lighter current logo, 3 flatter logo (Similar to Robin's), 4 All Flat with lighter blue, 5 All flat with official blue.

A different color palette is suggested. I tried a squarish shape for the icon and it now looks just like an app icon. Simple, clean and recognizable. 19 Antoine - one other Aoo logo proposal 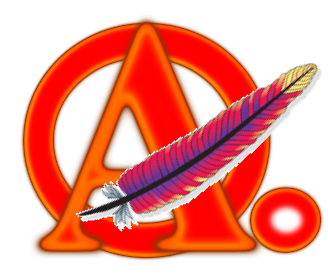 Draft logo proposal done with DejaVu fonts, available as a svg file done with Inkscape. The Apache feaser could be replaced by an other feather design if requested.
The red hot colors are suggested here to get a better marketing penetration compared with flat common offices brands.